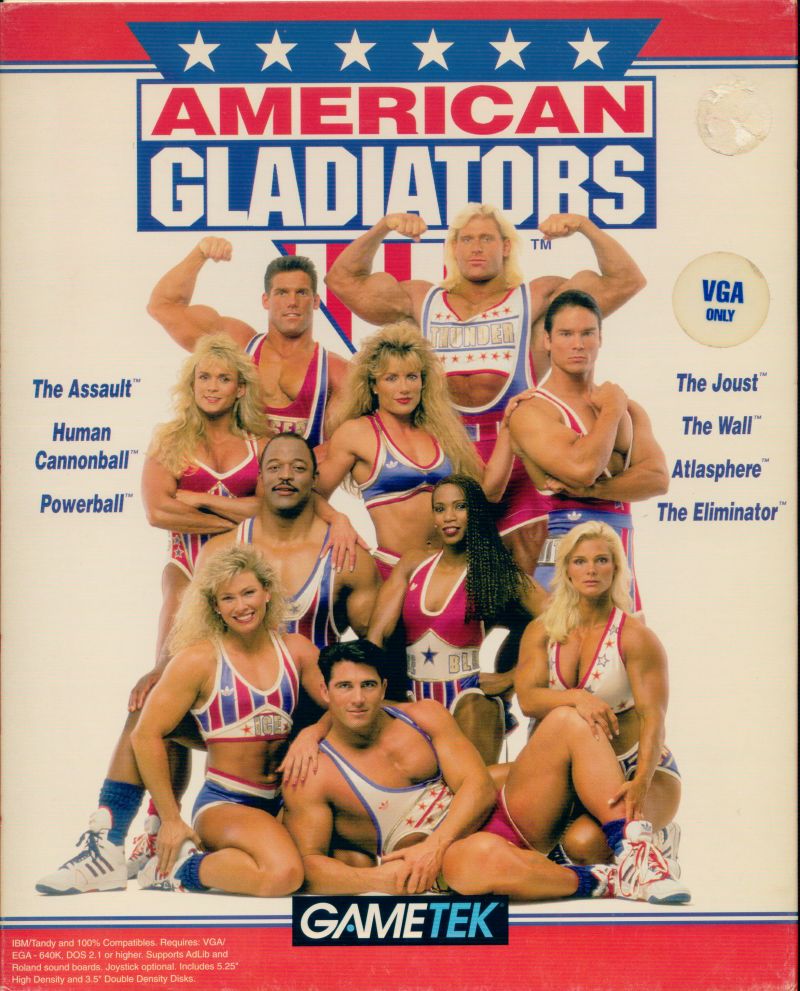 American Gladiators from 1992 is a Side view perspective game released by Imagitec Design Inc.. If you want to play this game, click here.

Simulator the American power pseudopostega show, which was once made by the late Patriotic strongman and showman Vladimir Turchinsky.

There are ten athletes, five men and five women (all characters are real participants of the show, including Dynamite), but to play for anyone of them can – they can only be your opponents. After selecting the opponent have to go through seven contests with a top or side view, of which six just compare the level of your strength or speed with the similar indicators of the opponent and only the seventh is actually fight one on one.

Graphically, the game looks not very good – not only is the view from the top, and the characters are almost indistinguishable from each other and presented in the form of tiny clusters of pixels. Backgrounds are drawn much better, but the atmosphere of the original show in the game is not felt at all, as well as special speakers. The verdict, unfortunately, only average rating.

Murder on the Atlantic