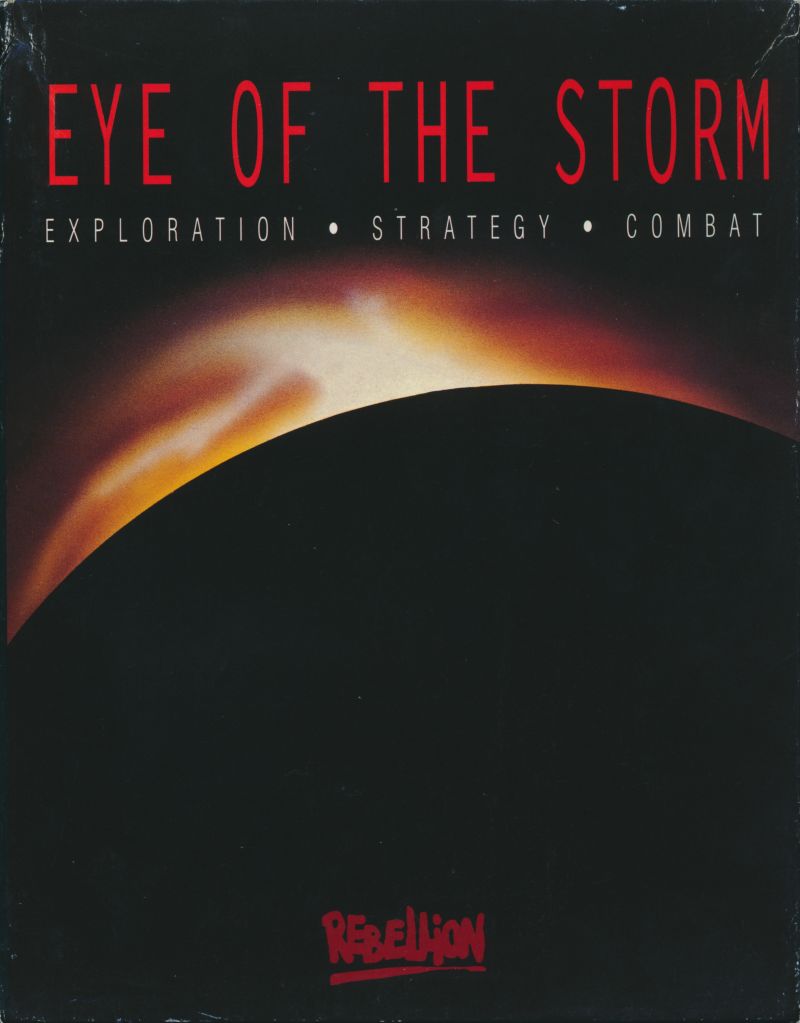 Click here to play Eye of the Storm online
5 /5

In 1993 Rebellion Developments Ltd. released Eye of the Storm, a very interesting Action game. Play it online by clicking here.

Eye of the Storm description

The dark night sky 2124 years on Earth looked the same as hundreds of years ago. The predictions of science fiction have not come true. No alien invasion did not happen. On the contrary, humanity has developed to an incredibly high level and has already mastered not only interplanetary communications, but also construction of colonies on the planets of the Solar System, even on those, the stay which has recently seemed contrary to all laws of logic. Prying eyes of romantics and dreamers are not already peering into the boundless celestial horizon, waiting for a signal from distant stars, the existence of extraterrestrial life has long been no surprise, because many years have passed, like Jupiter – the main subject of recent studies of mankind, was discovered by the Gas Life.

People had to overcome racial prejudice within their society. But they have not changed. They have not made a single attempt to make contact with those found in remote parts of the huge gas balloon, not a single attempts to study them and their abilities. They declared their animals. Strange animals. Game. And if 100 years ago the population of the Earth in the evening, fled either to the cinema or for home viewing the next series of a soap Opera, but now – no. Time establishes new laws. And now, almost like in ancient times, people gather in the evenings, though not in the stands of the amphitheatre, and in front of the television to watch the spine-tingling sight. Namely, the latest achievement of science is relentless, the live broadcast from the distant Jupiter, the Hunters – those who chose a way of making money (huge, I must say, money) killing those whom are not given the right to life, the natives of Jupiter, - heard by his bloody business. However, why bloody?.. Unless these gas creatures have blood?.. Unlike...

But even in such circumstances, not all fell to a state of complete savagery. The most conscious inhabitants of the Earth create a non-governmental Association I. C. E., which aims to preserve the unique life forms of a distant planet. And here comes your turn.

In this game you are a mercenary of the organization. This means that you work for the money. This thesis is necessary to understand already in the beginning of the game, this is important. You are sent to Jupiter, but the task is yours, unlike Hunters, - not to destroy the local inhabitants, and to study and describe them. You need to investigate (of course while wearing special equipment) the world, to film it all and everything you can find, and pass such "reports" on the Ground. For this you will pay. The amount of payment depends on how much footage on your transfer like people: organization of the I. C. E. at first decides to act by "peaceful resistance", thinking, perhaps, that video of the peaceful life of jupiterian will be able to attract the attention of the progressive public of the earth, and then all people to the current state of things will in future prohibit the persecution of indigenous people in the world like wild animals.

But back to us, or rather our hero. So, we produced a report and got the money. What we spend it? For example, you can spend it on an upgrade (improvement) of our equipment and a small boat, with which we move through a gaseous atmosphere of Jupiter and surviving the conditions of its gravity. More advanced equipment means the potential to penetrate into the deeper layers of the atmosphere of a mysterious planet and see what we have not seen anybody. We will pay for everything – if only it was interesting and well...

The peace we need to learn, is alive, as paradoxical as it may sound. For example, in front of us rich earth tourist. He gives us a quest: for him to collect samples of the local flora (Yes, there is such a thing) in his collection. For this, we also get the money. Or, for example, we met with one of those Hunters themselves, which, of course, aware of our being here is clearly from it not in delight. And then we have to fight – to fight for life and death, and at the same time and understand who is really the animal without reason and the senses: only in the horror hidden aboriginal or beast in the guise of a man who kills for money...

On the chart, many say no. No, she's not bad, it's just a little... unusual. But there is such a minimalism is a great thing – no distractions from the action (and the storyline played in the passage of an important role: very soon you will learn, whether so actually "void" the local inhabitants), and, besides, Jupiter is not Mars, colorful landscapes, no one is promised... At least, after this game, I imagine Jupiter just the way it is shown here.

The result this time will not. Yes, the plot is worthy of a movie, Yes, nothing like more was not. But it said enough. I think playing in Eye of the Storm, you'll understand why the game received the highest rating. Honored at 100%, mind you.

Play your favorite childhood game Eye of the Storm online in your browser for free here.