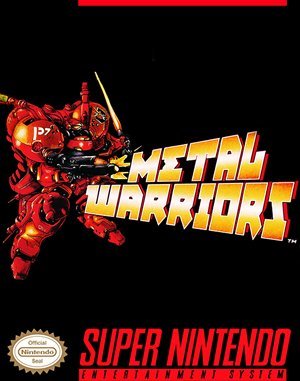 Click here to play Metal Warriors online
5.0 /5
Metal Warriors is mech combat 2-d Side scroller in which the player pilots several mecha in either single player or 2 player versus player mode.

The game’s distinctive feature is the ability to pilot six different mechs, which vary considerably in gameplay style. Each of these mechs is equipped with its own melee weapons, firearms, and shields. Most of the mechs can only walk, but one of them is able to fly while the other rolls.

In the year 2102 the United Government of Earth is under attack by an organization known as Dark Axis, led by a man named Venkar Amon. The Metal Warriors are mecha pilots whose goal is to defend the planet and eventually expel the enemies. At first, they need to complete a few rescue and intelligence-gathering missions in space before the government can clear the path for a return to Earth and an assault on enemy bases.

The player character can leave the mech and explore the stages on foot, and also change mechs in the middle of the exploration. Power-ups can be found in special containers and include weapon upgrades (up to four levels), bouncing and heat-seeking shots, as well as heavy shoulder weapons such as a grenade launcher.

Beside the single-player mode, the game also includes a two-player versus mode, in which two players try to exploit the strengths of the various mech types and their equipment to defeat each other in combat.