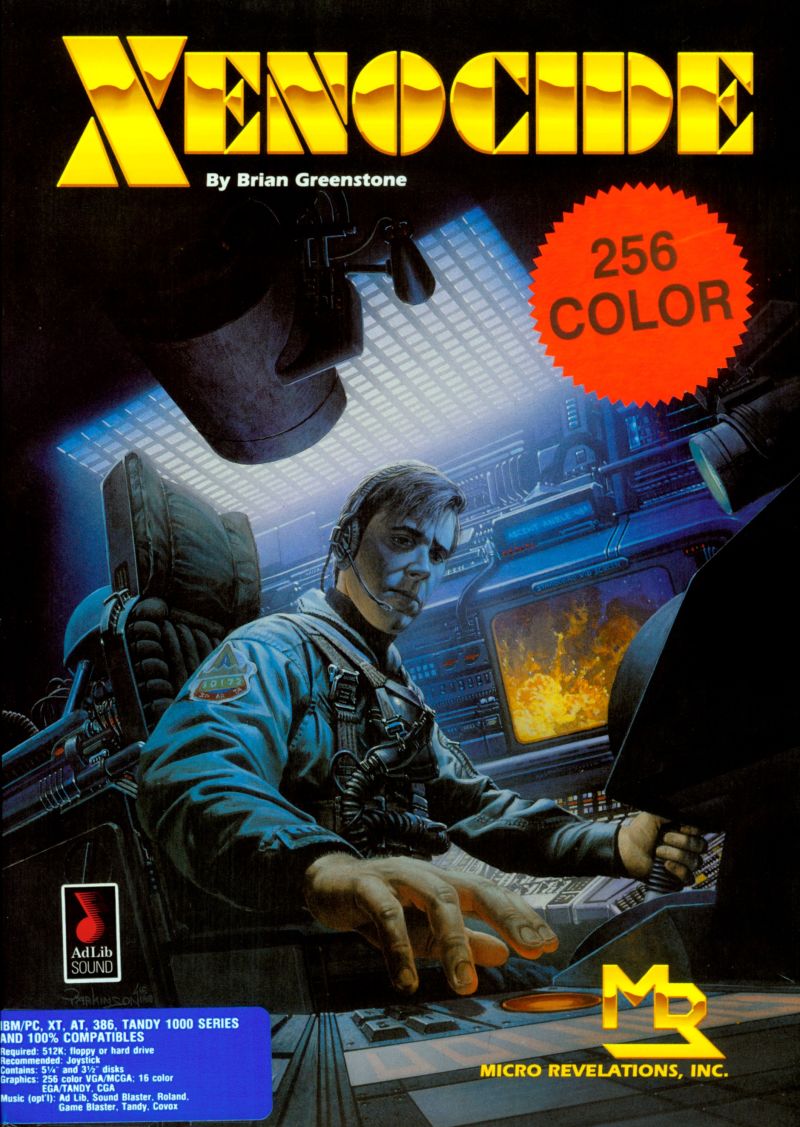 Sturdy multifaceted arcade, though not "gold" but still a classic of the genre.

The plot: aliens have occupied three moons of the home planet of our hero. To stop them before they invade the planet, satellites should blow up, but it's not so easy for a number of reasons...

The game has only twelve levels (but large scale) – four on each satellite, completely different gameplay. The first level is a first person shooter, we fly low over the moon's surface in search of the entrance to the caves, where lurk the main force of the aliens. However, on the surface, they also are not very small, so you fly and shoot at those who saw. The second level is a classic platformer with a side view, also go ahead and destroy the enemies. The third is almost the same, but we're not in caves, but deeper – in underground lakes. Finally, the fourth level, the most difficult - from top view: here we find ourselves in a very dark place, and the task of destroying the enemies encountered are added – planting of superbomb to blast the satellite. And, of course, we have to get the hell out of here. The point here is complicated by the fact that the level is a maze, and the bomb is ticking...

Passed the four level – everything is new, and so three times. The schedule is to praise in every game mode, but especially in the first (where the first-person view), because the enemies there made almost in 3D! Verdict – in any case not a masterpiece, but very good arcade game, perfectly suited to fill a given leisure time.

Relive your old memories by playing Xenocide free and online on your browser now.