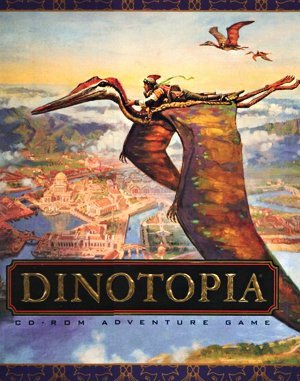 Click here to play Dinotopia online
5.0 /5
A book series featuring an isolated society where humans and sentient dinosaurs live together.

Dinotopia is an adventure game designed primarily for children which is based upon the books “Dinotopia” and “The World Beneath” by James Gurney. Play Dinotopia online!

Players take the role of Nathan Drake, a shipwreck survivor. The major objective is to find Nathan’s sister, Constance, who he hopes also survived and washed up elsewhere on the island.

In Dinotopia, dinosaurs are intelligent and speak their own language, which Nathan must learn in order to communicate with them. As he explores the island, he will be doing tasks for the dinosaurs and other humans, picking up inventory objects and solving simple puzzles.