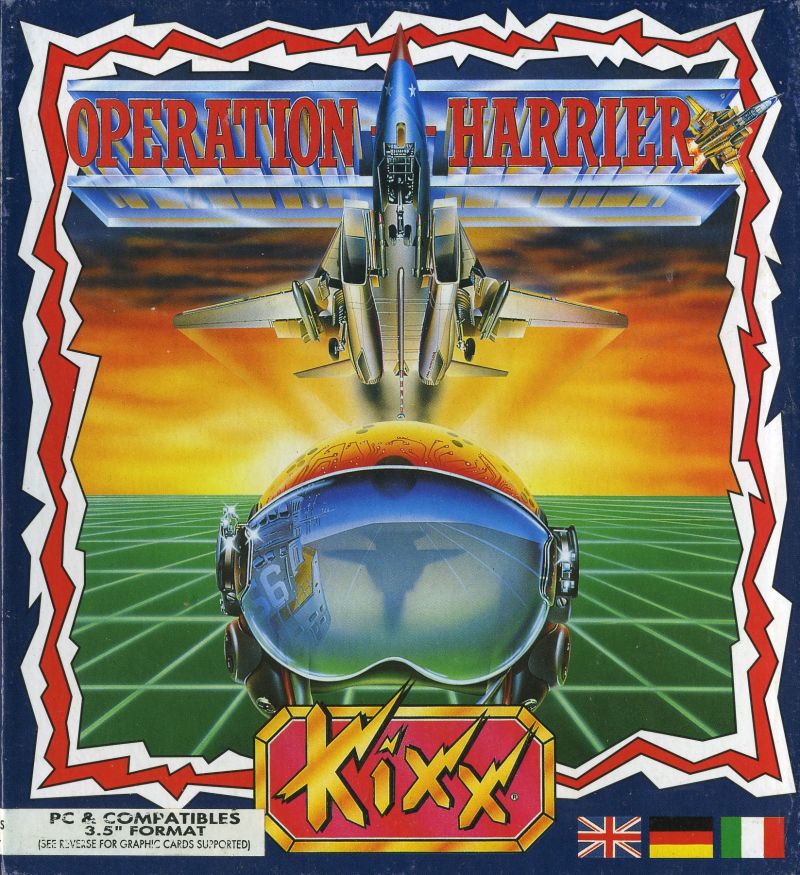 Operation Harrier was launched by U.S. Gold Ltd. in the year 1990 which was loved by all old and young. It’s an interesting DOS game and can be played online by clicking here.

A simple arcade-letalka from the top view is placed on the engine much more well-known game Rotox, in which we manage combat aircraft. The action takes place in the middle East, where terrorists have seized a nuclear warhead and once again threaten the "free world", our task, of course, is to neutralize them, which will go through several different missions.

Of gameplay – ultimate fuel (to fill and need the bonus), the ability to climb to different heights and the presence of radar, which allows you to know in advance about the approach of the enemy, also the game has a high freedom in the choice of direction. Before each mission, you need to listen to the briefing and to choose for its passage any weapons (several types of missiles or bombs), with the choice of which important not to make mistakes (and therefore should be read carefully, what should be done). The bulk of the missions boils down to bombing from the air, ground and surface targets, which this process is actively resisted. Our aircraft has a "strip" of life, with one hit he wouldn't die, but still "health" had not especially a lot, so you have to fly carefully.

Graphics unpretentious, but bright, looks cute, there are even some effects with a hint of three-dimensionality (e.g., very beautiful shade of enemies). In General – it is probable one of hundreds of old things for a relaxing holiday.