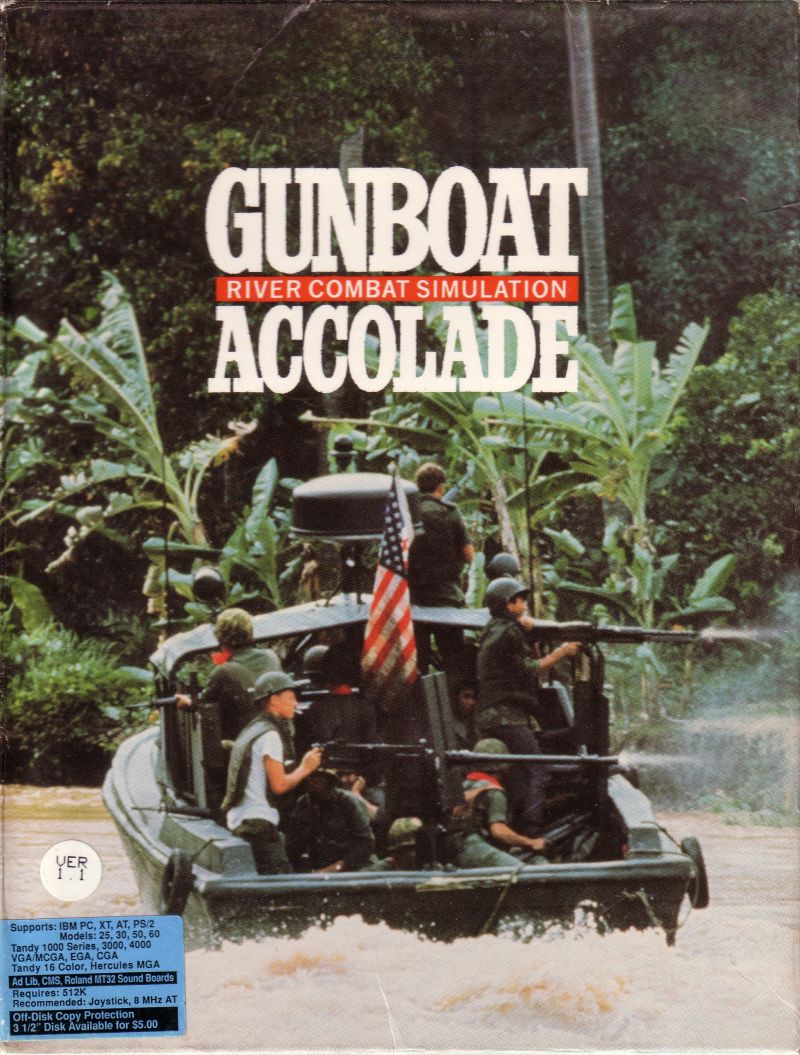 Accolade, Inc. developed a DOS game in the year 1990 called Gunboat. In the video game ranking, this game ruled the charts for a very long time. You can now play it again online by clicking here.

Ancient simulator of patrol river boats. Of course, American.
The essence of the game is a battle with all sorts of enemies of "democracy." Simply if earlier (but mostly later) you fought them with tanks, airplanes, helicopters, submarines, now posrazhaemsya the boat. Conceptually, the essence is the same. The game begins during the Vietnam war.

The game probably really wanted to make realistic, and it turned out - of course, in so far as it was possible at the time.

Drive the boat you're not alone - with four crew members: a Sergeant, who commands others, actually controls the ship, shooter, where the main weapon of the boat, the driver, who monitors the instruments and controls an instrument in the middle part of the vessel and the seafarer, on which side arms.

Action team members need to coordinate. Any of them can hurt or even killed - will let you know. If all die, the game will end, but with one or two crew members you actually already lost.

The gameplay is not very dynamic: first, long custom all for future missions (there are many options, but boring), then float; moving discrete. But to play hard - it's not an arcade game. Not only management, but also pre-setting is not obvious, but important. To understand and read a lot and for a long time.

Graphics - one of the strongest sides of the game, for 1990 it was a miracle... And as in the mode of the actual implementation of the mission and on the initial screens, when we see the team.

Anyone recommend this game? Perhaps first and foremost fans of the old simulation who wish to try themselves in new roles. Fans of challenging games. The game is not a masterpiece, but worth a look.

Relive your old memories by playing Gunboat free and online on your browser now.