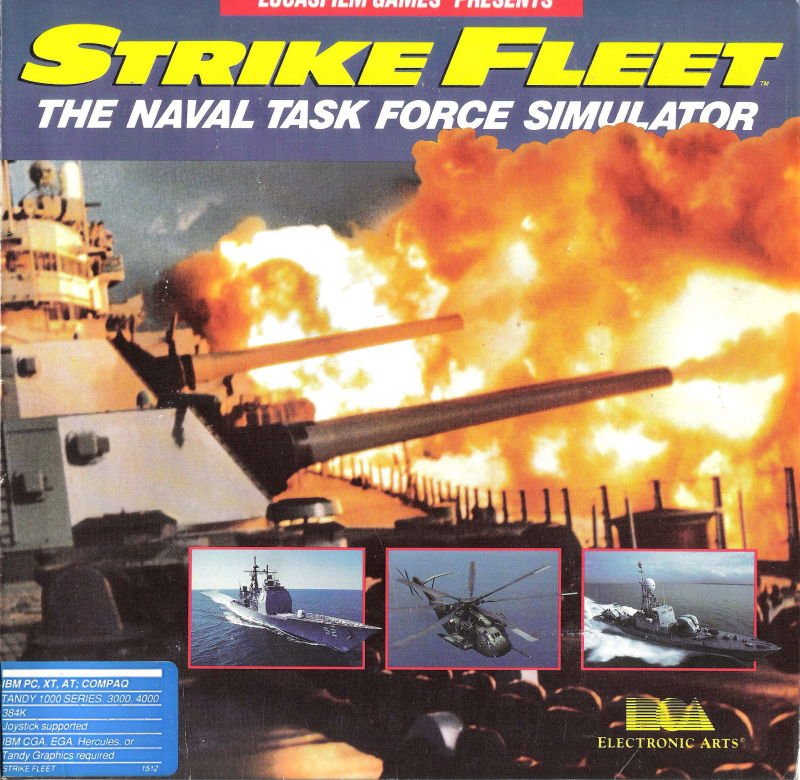 A DOS game was developed by Electronic Arts Ltd. and then released by Lucasfilm Games LLC in 1988, the game was called Strike Fleet. Now you can relive the memories by playing it online here.

Continuation of the game PHM Pegasus, which, in my opinion, turned out much ograblenie the first part.

And it's not in the chart (Yes, compared to the first part is the day and night, but that's not the point). Unlike the first – we finally manage not some pathetic lonely boat, and this huge military fleet. Unlike the second – now the plot is "like a man": no vague hints, specific names, specific political events. The plot, of course, a nasty (and therefore we won't touch), but at least it is honest. Unlike the third – management of seriously modified and became even better. We can switch between our ships with the purpose of bestowal of specific orders, can separately manage naval aviation (!), anyway can (finally!) to deal with all the intricacies of management.

Absolutely silent about the schedule for it is really much prettier. As a map of the alleged hostilities and the surrounding water (first-person) we can now be observed in CGA-and EGA-palette. Of course, now these screens may seem more than naive, but... well, you understand.

Strike Fleet is not a "hardcore" simulation. It is a very rare example of games of this genre, where part (not too big, it should be noted) realism unhesitatingly sacrificed to the convenience of the players, but which does not lose its overall focus and serious need for careful attention to detail. If you want to meet some old marine simulator, the best game in the subgenre is simply not to find.

Now, play Strike Fleet online for free on your browser and make your boring weekend fun and full of entertainment.