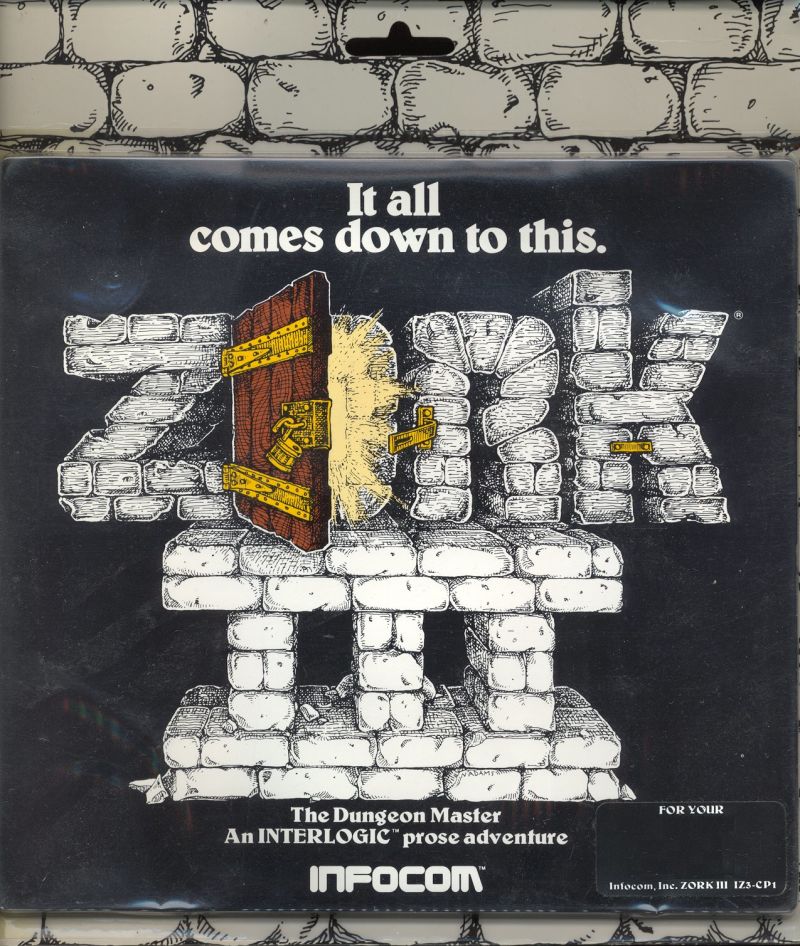 Interested in playing Zork Trilogy published by Infocom, Inc. in the year 1983? You can play this Text-based / Spreadsheet perspective game online by clicking on the link.

"You are standing in an open field west of a white house". Don't tell me you didn't hear this phrase, because I do not sin against the truth when I say that "Zork", along with "Adventure", the most famous text game, which I heard about even those who have not played this nice "soap". References to this game, parodies of it are still found in modern games. The series "Zork" was a giant milestone in the development of the genre of Adventure and interactive fiction, and, I believe, not a sin and you meet one of the progenitors of the genres. Put the mouse to the side, slide the keyboard, grab a dusty volume of "English-Russian", find a pencil and a notebook in the box. Ready? Your attention is invited to the "Zork Trilogy", which consists of the first three parts. Go for it!

ZORK I: The Great Underground Empire
1981. Without further ADO, Infocom had based "Adventure" has added a fantasy element added puzzles and got, without a doubt, legendary game. You are in the role of the person the bad head does not give rest, in the basement of the abandoned house found the ruins of the great Underground Empire (G. U. E.) and immediately embarked on the study area, collecting artifacts and kicking ass local inhabitants. Cunningly devised labyrinths, treacherous thieves and mighty trolls stand in your way. The game is laced with a large dose of humor that has become the standard not only in turciansky series, but in the other Infocom games.

ZORK II: The Wizard of Frobozz
In the Wake of the success of the first part Infocom did not delay the release of the sequel, and second part of the adventure was released in the same year.

But "quickly" does not mean "bad", at least not in relation to games of Infocom. The same adventurer, with the same bad head, was in possession of the treacherous sorcerer. Defeat the villain and take his magic power - the main task. If in the first series of puzzles were, for the most part, fun for the second part puzzles delicately woven into the plot of the game. Humor, trolls, thieves and mazes included.

ZORK III: The Dungeon Master
This part ends with the trilogy and come to the end of the adventure Adventurer of the first and second part of the game. You come into conflict with the powerful and mysterious creature known as the Dungeon Master. Infocom generously poured into this part puzzles using randomly element, and the events occurring only at a certain time that the player is unknown, thus according to most players, hopelessly spoiling the gameplay. Still, in my opinion, the third part of the series, released in 1982, though not entirely successful, but worthy of some attention. Believe me, the same puzzles with a random generator can bring slightly masochistic gaming fan that successfully proved "Beyond Zork" in the memorable 88-Ohm.