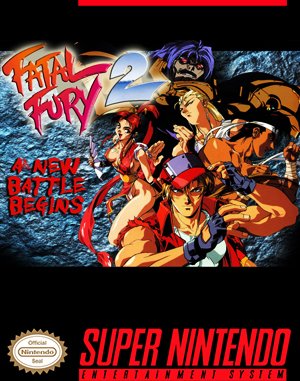 Click here to play Fatal Fury 2 online
5.0 /5
The hot-blooded sequel to the original Fatal Fury, heavily improving the fighting mechanics of the original while adding a bigger cast of playable characters and worldwide locales.

Geese Howard may have been defeated, but that doesn’t mean all is peaceful. A new opponent, Wolfgang Krauser, has come forth to begin a new Fatal Fury tournament. The Lone Wolves return, with new faces amongst them. Only one can be declared the winner though.

The player can choose one from eight playable characters: Terry Bogard, Andy Bogard, Joe Higashi, Big Bear, Jubei Yamada, Cheng Sinzan, Kim Kaphwan, and Mai Shiranui. The game has four bosses. The combat system is more complex than in the first game, supporting four keys to attack. The two-plane (foreground and background) battle system has been retained, but now, the player can move freely to the adjacent plane – just by pressing the Light Punch and Light Kick buttons simultaneously. The main principle remains the same – beat your opponent in a duel with fists and kicks.