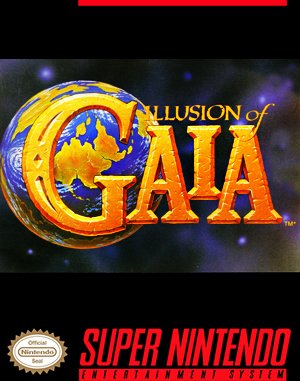 Click here to play Illusion of Gaia online
4.5 /5
An action-RPG that tells the story of a boy named Will and his quest to stop a comet from destroying the Earth.

Will is a young boy whose father disappeared long time ago. Now Will lives in a small town with his grandparents. He possesses unusual abilities of pushing and pulling things without touching them. One day, he finds in his house a girl, who soon turns out to be the princess Kara. Kara’s father, king Edward, wants her to marry a mysterious person called the Jackal. Kara asks Will to help her to escape the palace, and soon they both get involved in a string of mystery and conspiracies. Play Illusion of Gaia online!

Illusion of Gaia is an action role-playing game set in a fantasy version of Earth reminiscent of the age of exploration (16th century) and featuring famous real-world locations such as the Egyptian pyramids, the Great Wall of China, etc. The player controls Will, who can either fight in his regular form or transform into any of the two alter egos: the dark knight Freedan and Shadow, a manifestation of energy. Each character has different attributes and fights with his own weapon. The player receives special jewels upon clearing a room of enemies, which acts like experience points and is used to improve the protagonist’s attributes. There is no monetary system or equipment in the game.