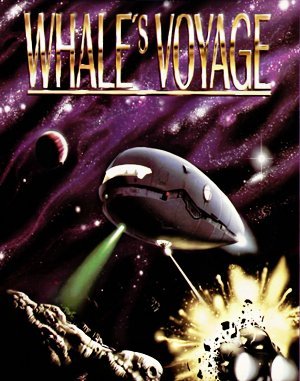 Click here to play Whale’s Voyage online
5.0 /5
Whale's Voyage is essentially an RPG that features space-trading elements: Your crew visits several planets, where they can barter a range of goods and accomplish certain missions in order to increase their budget and obtain better equipment for themselves and for their ship.

Whale’s Voyage is a sci-fi role-playing game with trading elements. The story involves a space traveler who has made a bad deal buying a space ship known as Whale, which turned out to be half-wrecked. Play Whale’s Voyage online!

Stranded on the orbit of a remote planet, the traveler and his crew have to find a way to gain money and outfit the ship so that it will stand a chance in that dangerous area.

The game’s character creation involves shaping four crew members. Each is generated at first by selecting his or her father and mother, choosing among humans or an alien species that does not appear elsewhere in the game. Educational background chosen for characters determines their class. There are six classes in total: Soldier, Bounty Hunter, Arania, Biochemist, Psionian, and Doctor. Depending on the class, characters gain access to skills such as healing, setting traps, identifying, using computers, etc. Each character also has six main attributes that can be manually improved in the beginning of the game, increasing the character’s “mutation level”.

In the beginning of the game the player can only explore one planet, but acquiring money allows him to buy fuel and travel to other planets of the local solar system. There are six planets in total, differing in their visual design but all represented as pseudo-3D mazes set in populated areas, which are explored from first-person perspective. Combat takes place in the same area as exploration and is fairly sporadic, usually involving selecting attack options for each player-controlled character and exchanging blows in a turn-based fashion. The player advances by talking to various characters and completing their quests.

Space travel is menu-based. The Whale can be ambushed on the way to another planet, which leads to a turn-based space battle shown on a separate top-down screen. The number of turns is determined by action points of the participants. The player can also outfit the Whale with better engines and weapons. Trading plays an important part, since many objectives are based around amassing money. Buying items on one planet and selling them on another for profit becomes the main source of income.

You can play Whale’s Voyage online here, in web browser for free!

The Legend of Kyrandia: Malcolm’s Revenge