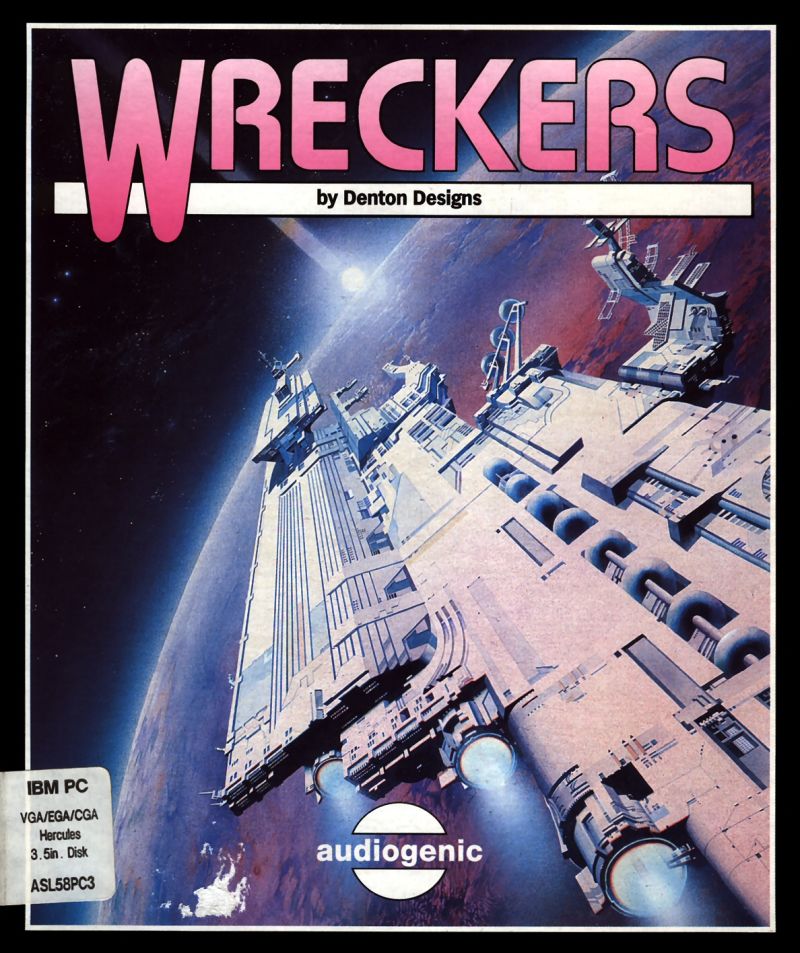 A very interesting DOS game was released by Denton Designs in the year 1992. The game was called Wreckers. You can now play it online.

Isometric adventure game with elements of strategy and storyline on the verge of delirium and masterpiece.

You play as awakened from a cryogenic sleep astronaut waking on a huge spaceship factory because there was an attack on the ship some mysterious creatures (soon you ever see them). In General, in creatures is the main highlight of the game – this is not some trite little grey men, and plasma of reasonable controversy...is it That serious.

Your task as such is very simple – any possible way to prevent the invasion or at least capture these creatures with your ship. This process is divided into three stages: while they're nearby, they can drive away with a huge hose, when they settled on the hull of the ship – "flush" flows special solution that when penetrated to the station to pick up the laser and go shoot them through the corridors. All three of these "stages" can happen simultaneously: indeed, some disputes could seep through the casing, some still on approach. When infected by a certain area of the ship the countdown begins, upon the expiration of his success is not achieved, the game ends.

The strategic element is that you control a group of robots-droids, and that "stage" (when the spores already inside) can be of great help. They will fight, however, and you can give them orders depending on the situation (for example, to send to the section of the ship where the dispute is particularly much).

The most amazing thing – there is an RPG element: your astronaut gets something like experience for killing a certain number of spores, so as to "increases in rank", and the earned points can produce a new droid.

And done it all in a quite beautiful graphics and isometric perspective, and the view of the battle on the ship, something vaguely similar to Crusader'a, which at the time of release was three years... the Game is extremely tense and atmospheric, but too complicated I would not call it: the interface is available for rapid development and very easy life and no one promised. Unjustly forgotten, this thing will take a lot of pleasure to all lovers of good old games.

Do you want to relive your memories and play Wreckers online in your browser? Play it now for free.