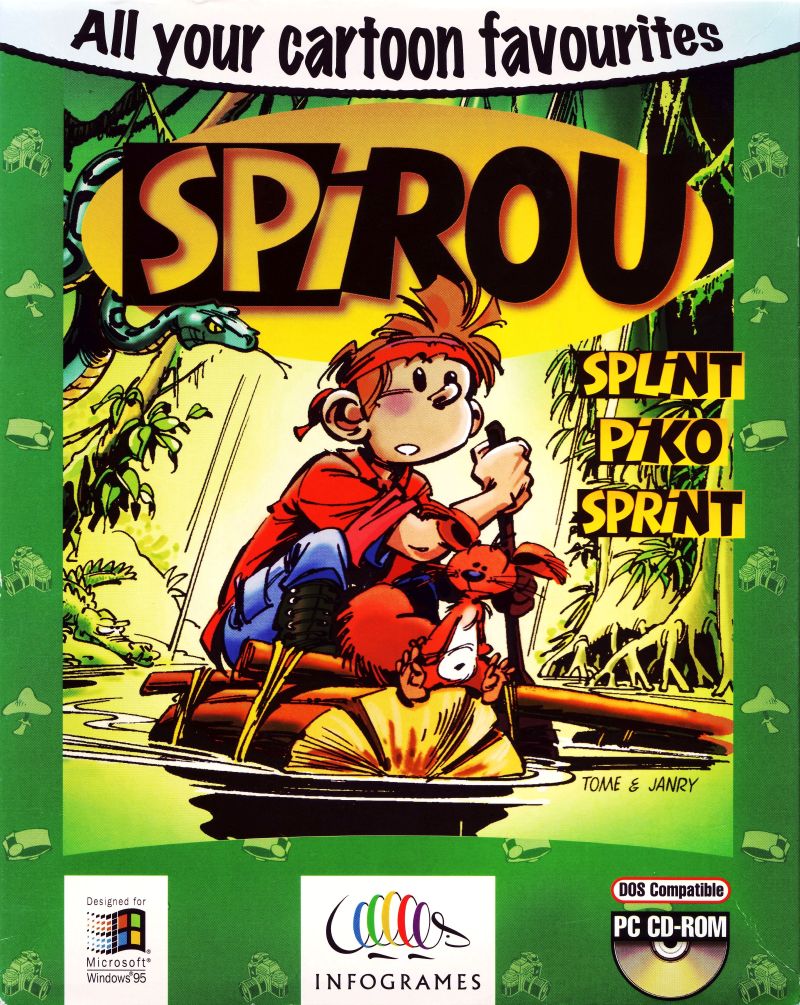 Do you get nostalgic when you hear the name “Spirou”? Don’t be sad, you can now play Spirou, released by Infogrames Multimedia SA in 1996 again online here.

Comic "Spirou et Fantasio" boasts a long history and glorious traditions. This was initiated in 1938 by the French artist Francois Rob-Vel. In the early days of the series consisted of a collection of short stories about a young man named spirit, who had held a responsible position of porter at the hotel, and his hand squirrel named SPIP. Later, spirit changed his profession and became a journalist (not without the influence of stories about Tentena authored by Hergé), however, for some mysterious reason he had remained faithful to the uniform hotel staff. In 40-ies of the Rob-vel to the child lost interest and sold the rights to a comic book publisher, but the story Spirou did not end there. On the contrary, it had just begun. The baton was picked up by the artist Mire, which was included in the comic one of the chief characters – reporter Fantasio. In the fifties for "Spirou et Fantasio" took the student's Thinner than Andre Franken. He reworked the concept of the comic: not associated with each other short funny stories are gone, replaced by a rather well crafted stories of adventure wing. Since the comic became popular, which is not lost still, though after the Franken on the project changed several times artists and writers. On the recognition of the audience of the series is the fact that based on the comic book was released a few animated series and the game, released on PC, SNES and MegaDrive, which will be discussed below.

Spirou belongs to the arcades of the ordinary, having, however, is not the worst for the specified genre of story, which is fed by inserts between the levels: count Sampingan gave a presentation of his new invention, and invited there, of course, your fellow journalists Spirou and Fantasio, however at the presentation all went very smoothly, because the count was kidnapped in the middle of his welcoming speech. The SPIRA with Fantasia it, so just could not leave and went to rescue the inventor and Fantasia moved to a quiet place to collect information about the location of the graph, and spyrou got all the dirty work: well, you know, running on the locations, jump over obstacles, collect bonuses, fight as possible opponents; whatever the characters do ordinary arcades. On the suppression of opponents, however, we should say a few words: the SPIRA – a man of peace and a good half of the games weapons with them is not, so when meeting a foe he often has to run away.

The game features very nice graphics (especially the kitty look good), nice music and a variety of levels, therefore, we can conclude that the incarnation of the "Spirou et Fantasio" as the game overall was a success. Highly recommended to fans of the original comic and fans of arcade games.

Now, play Spirou online for free on your browser and make your boring weekend fun and full of entertainment.