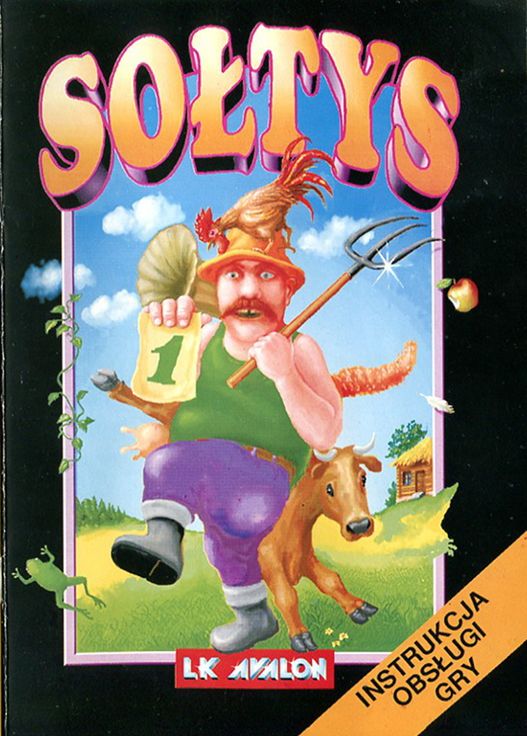 Want to play some nice classic game? Play Sołtys, 3rd-person (Other) perspective game, from the famous developer L.K. Avalon, released in the year 1995, by clicking here.

Polish hand-drawn comic quest, having cult status in their homeland and even some fame abroad.

You will play as the head of the famous village of Amazed (not Wąchock, as it is written a lot of where) in South-Western Poland - thick mustached man in a light green shirt, a great lover of beer and absolutely not shy, despite their high status, and heavy peasant labor. Once having decided to give his fat, lazy and spend all day sitting at a computer daughter, Soltys (in Russian- warden) were in a very difficult situation: a young man named Leon, he had chosen to groom, escaped from the bride at the altar. Now the task of the main character (under your control, of course) is to find his future son-in-law and return it to the Church, so the ceremony ended, for which he will have to visit many locations and experience many different adventures.

The interface of the game traditional quests - all control is a mouse, the essence of gameplay - walk through the locations, dialogues, performing simple tasks, inspection and the collection of items in the inventory and their use. Unusual is maybe a way of moving between locations - it is done "instantly" at the click of a buttons in the lower left corner of the screen; note that most of the locations after the start of the game available to you, but it will change soon.

The game is pretty simple, and there is no "pixel-hunting" associated with objects, not here. Its main advantage, noted Polish agroecosistemi, is the display of the "realities of the Polish village" of mid 1990-ies and "abundance" of jokes involving folklore Pareja. Jokes, I must say, really, probably quite ridiculous, but if you are not familiar with a humorous folklore from the region, most of the allusions and fun you will be simply incomprehensible. In General, however, it is a good quest that will surely make you smile not only Polish audience.

P. S. the site the game is presented in two versions: Polish original DOS version (in the Polish language, at least a minimal understanding of which is necessary to advance the plot) and translated English version of ScummVM.

Have you ever wondered what kind of video games were played in the good old days? Try playing Sołtys online now and we are sure you will not stop playing again.