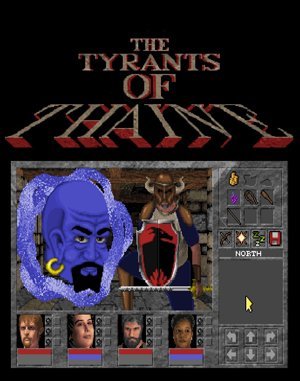 Yendorian Tales: The Tyrants of Thaine

Click here to play Yendorian Tales: The Tyrants of Thaine online
5.0 /5
Beginning with a seemingly insignificant quest, you were led to the mysterious Lost Isles of Yendor. Following the trail of a group of evil mages, you encountered civilizations of Gnomes, Elves, and Halflings.

Yendorian Tales: The Tyrants of Thaine plays very similarly to its predecessor. The player is able to form a party of up to four characters belonging to any of the nine available classes, which are divided into three categories (non-magic, cleric, and wizard). Skills can be distributed among the characters; these comprise combat-related abilities (projectile, slashing, casting etc.), as well as those required to deal with the environment and various NPCs populating the game world (such as survival, mapping, repair, thievery, and others). Play Yendorian Tales: The Tyrants of Thaine online!

Following the events described in Yendorian Tales Book I: Chapter 2, the seal on the wizard Paltivar has been broken, and his return to the lands of Yendor is imminent. However, as dire as the threat from the great wizard is, the kingdoms in the land of Thaine are on the brink of war themselves and must be pacified if the wizard’s threat is to be averted.