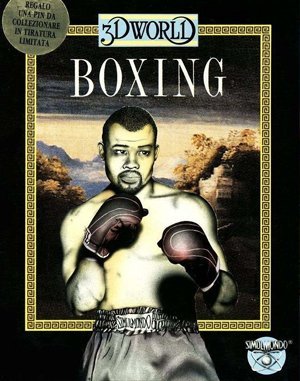 Click here to play 3D World Boxing online
5.0 /5
3D World Boxing is an average boxing game that looks better than it plays. Choosing from dozens of boxers available, you can either play a single match or an entire championship. The graphics are definitely the highlight of this game.

In 3D World Boxing game you can choose from dozens of boxers with different attributes in skill areas such as Power, Defence and Punishment. You can play a single match or an entire championship. Play 3D World Boxing online!

Each match is presented by an announcer and a good looking girl, as in real matches. The boxers are represented with realistic graphics for the epoch as large on-screen characters. Realistic scoring is awarded for each round.

There is only one type of punch available, although a 3D ring view results in realistic movement, and head-lock situations can occur.