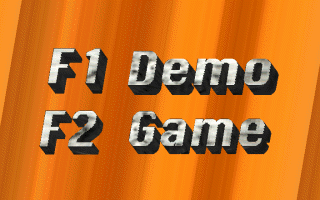 Adventure in space – adventure with elements of space simulator.

You play for free the pilot, who by fate was destined to save the Universe from another evil plot. But admittedly, the plot is not very developed, and frankly plays a secondary role.

The game belongs to the category of "freelance-SIM ov" (one of the first in its field) and focuses on "everyday life space": fly through space, trading, fighting (on our ship there are different types of weapons), get news, conduct conversations (sometimes long and important) with different characters... just want to note the variety of places that we will visit not only the planets differ in at least something, but on each of them there is a lot of useful buildings: a repair shop stores of weapons and armor and much more).

Strict story sequence no restrictions in terms of movement – either, can fly where I want it. However, in reality it is not so: the plot here just puts no pressure on the player, and the number of "plots" are not so large relative to the total number of what the game can do, but still there are key events and plot characters – the game's end.

Graphically A. G. E. looks not just great, and almost ahead of its time. The view from the cockpit of the ship (cabin looks amazing – even not directly from her but from the back part of it, and you can do to explore the "interior" of the ship!), many objects in the game is drawn, but made with a hint of three-dimensionality. Most of the dialogues conducted with the depicted characters (you don't leave the ship, and they charge at you in a special armchair), and depicted these characters are also very nice. The interface is quite logical and convenient.

In General, this is another space adventure, without any originality, but quality made and pleasing to the eye, which now is ready to play again.

Now, play A.G.E. (Advanced Galactic Empire) online for free on your browser and make your boring weekend fun and full of entertainment.