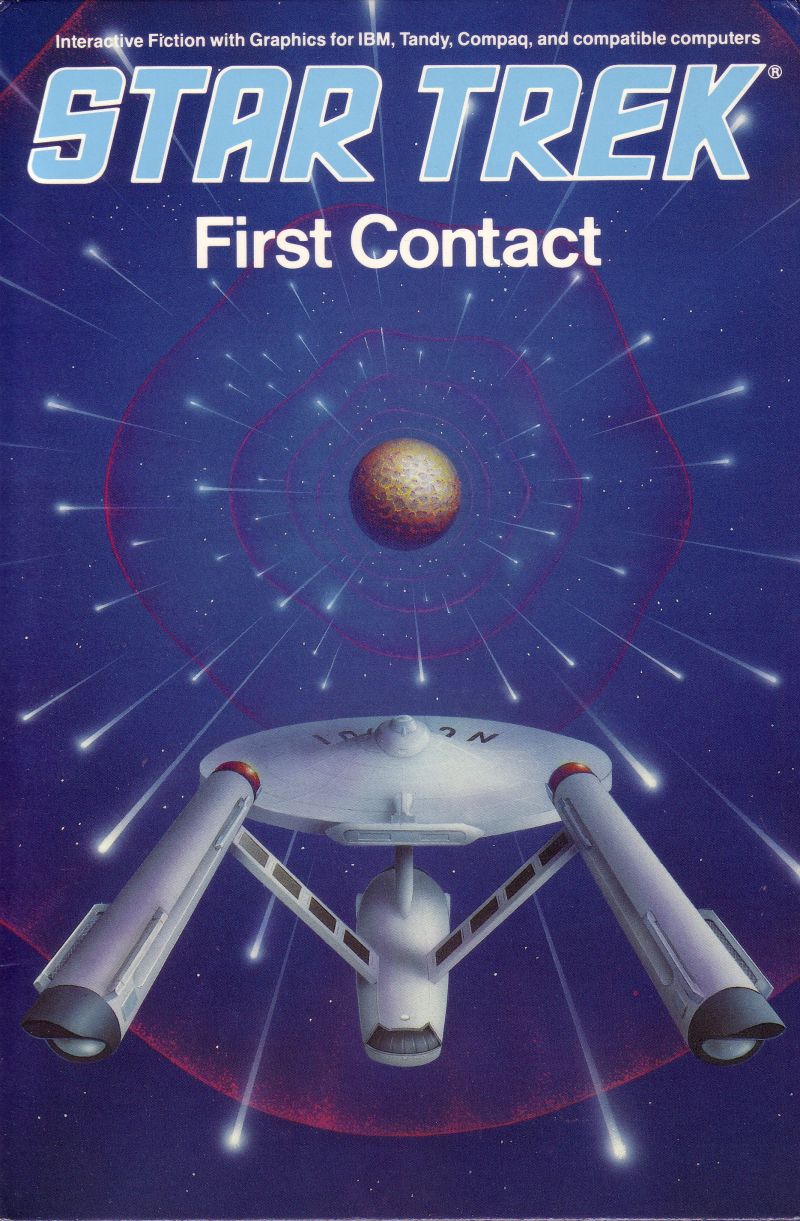 Click here, to play the famous game Star Trek: First Contact developed by Simon & Schuster Interactive in the year 1988 and enjoy! Remember do not get nostalgic!

A text adventure with very little graphics based on the famous sci-Fi series "Star trek".

The plot is as follows: the crew of the enterprise opens to the vastness of space a new sentient civilization on the planet called Gothic - and needs to engage with its representatives in the "first contact", and not just to achieve a diplomatic success, but also, perhaps, prevent an intergalactic war... to Play, by the way, are in the role of captain Kirk - and among team members, fans of the original will notice a lot of familiar names (Spock, Uhura and so on).

The gameplay, as in most of these text quests, is to read texts describing the current situation (which is complemented by "pull-down" in separate Windows messages received from subordinates), manual input commands (I must say, very simple), suggesting certain actions, and re-reading (what has your orders). We should also mention the team access to the database of the computer of the "enterprise" (invoked by pressing F7) - it can help to learn a lot of information about characters, races, planets, and other things, and sometimes such information is critical for passage.

Overall - quite simple for traditional IF, but still playable only after consideration of the user's guide, and is aimed almost exclusively at fans of the original series.