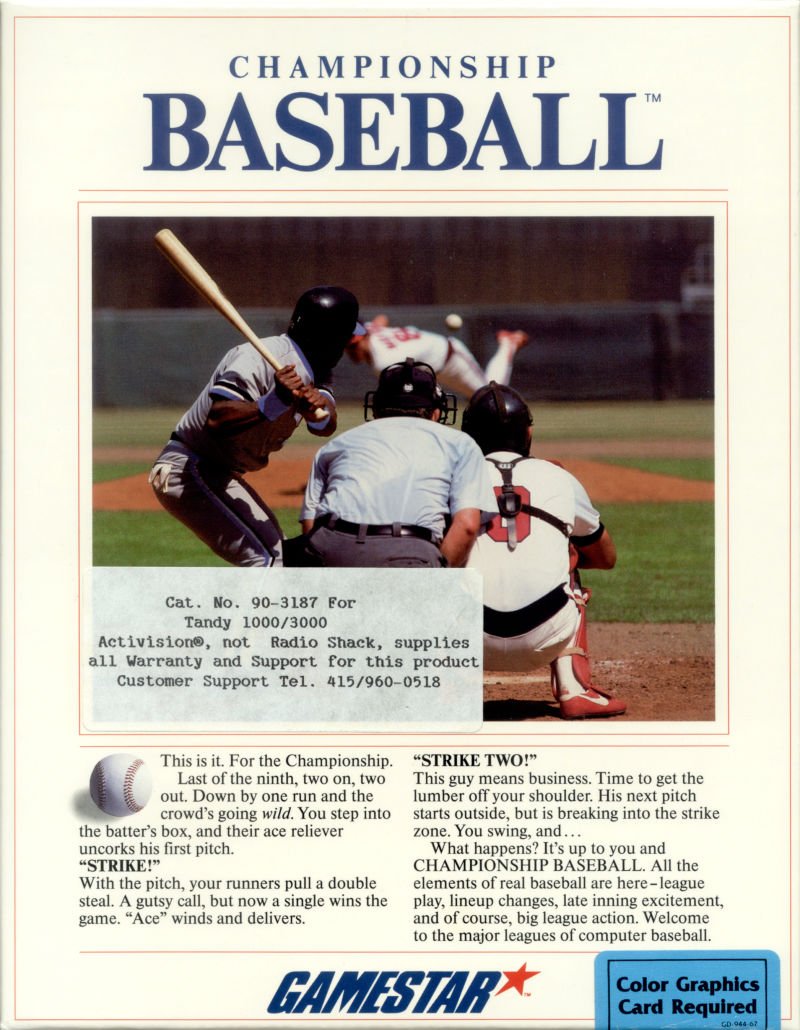 The famous developer Gamestar, Inc. created Championship Baseball in the year 1986. It’s a perfect Sports game and can be played online by clicking here.

The rarest baseball simulation on the PC, a miracle discovered recently (and this is its main value).

You can play individual games and seasons, choosing one of twenty four teams in four divisions. Before the match it is necessary to form a team for him from the available players. There is a separate practice mode, but it is only practiced serving and hitting.

As the main feature of the game is perspective view of the game. Default isometric view-top, but at the time of filing or batting the ball screen is divided into two parts: on the left you see the match from a bird's flight, the right – see the pitcher or batter close-up with a third party. Graphics color, although the players are drawn rather vague and conditional, but that is understandable with the age of the game. In General – nothing revolutionary, but, again, really a huge rarity of the DOS version makes this game the most valuable exhibit in the collection of any once it started working.

Have you ever wondered what kind of video games were played in the good old days? Try playing Championship Baseball online now and we are sure you will not stop playing again.