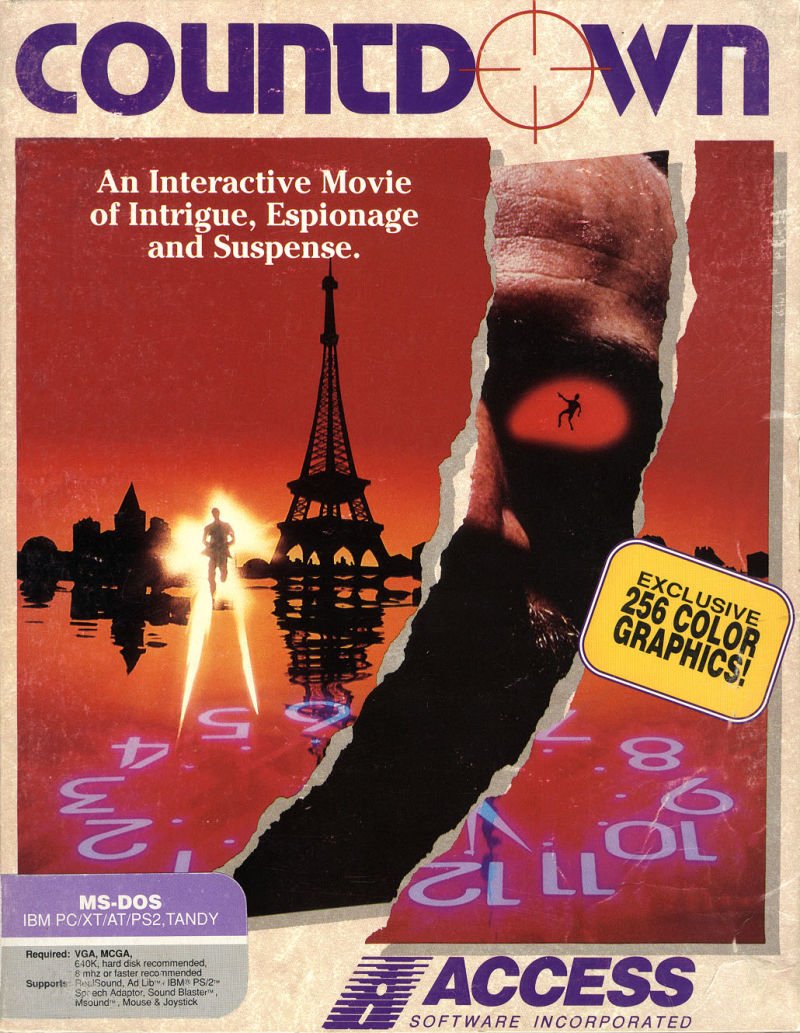 Countdown, a 3rd-person (Other) perspective game was developed by Access Software, Inc. in the year 1990. The Graphic Adventure is so rewarding that you will thank us later. Play it online now.

Mason powers woke up in a tiny room with damp, pale walls. Rising from the bed, he began to ponder how he found himself in a similar situation. The answer he seemed to the eye: on the label attached to the bed, bore the date of the forthcoming operation and his initials. That doctor, he was not (as Mason remembered quite clearly that he was a CIA agent) was based on the fact that surgery is it. But how? Agent powers because nothing hurts! Why is he locked up in a musty little room in a hospital? With these questions and begins the Countdown.

This is the second game Access Software, which they use digitized speech (plays through the PC Speaker!), photo (!!) and video (!!!). Even in homeopathic doses, but look at the calendar - no 90-th year, for the first time, by the way, they used their technology in the Mean Streets of ' 89. In addition to the multimedia component, the Countdown includes a number of arcade inserts. Yes and no inserts, even, and full of elements of gameplay, such as moving around the map is done in a topdown perspective, with some stealth elements. The rest of the game is a traditional point&click adventure (Yes, pikselhanting included), albeit with a honed (simplified) interface, as in, for example, KGB. Here it is necessary each time to choose an action, and then click on the object. The story tells something about the horrible circumstances of the loss of memory of the protagonist and about the next world (orogeny) and the plot in General has the character of a spy detective. Unfortunately, often the alleged "right" action is not obvious, and the presence of arcade elements like not all. Although the game is not without charm.

Not sure how to pass your time, why not play our classic videogame Countdown online? And the best part, it is for free!