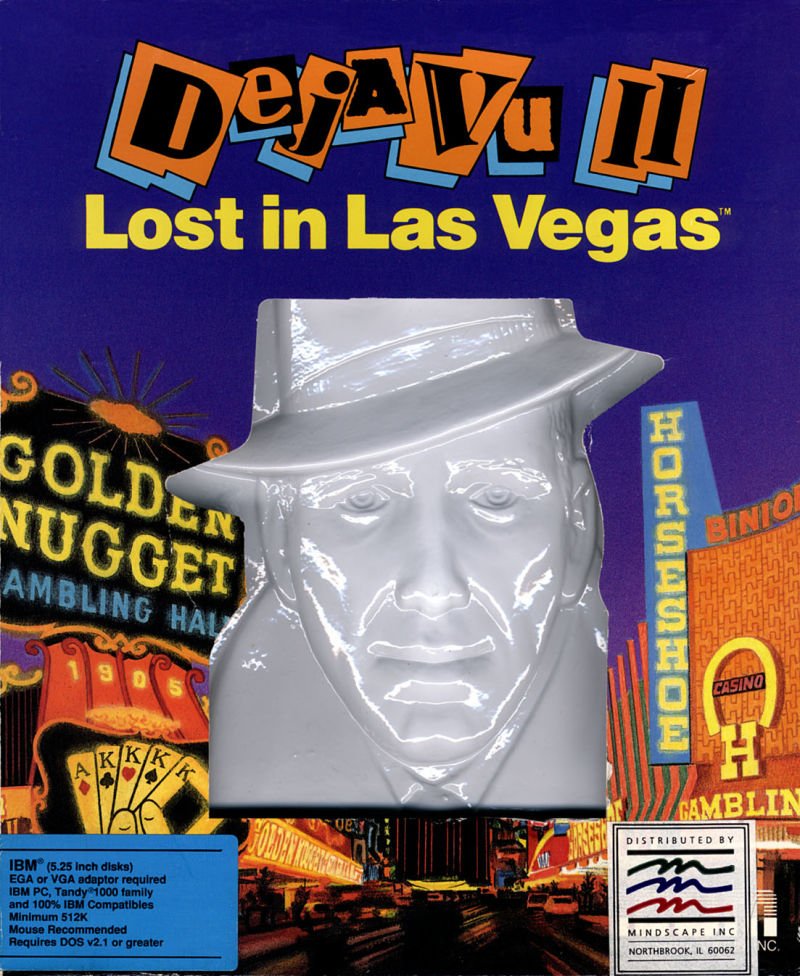 Deja Vu II: Lost in Las Vegas, a top-notch Adventure game was developed by Mindscape, Inc. in the year 1990. This was a very famous and in-demand DOS game. You can play it online here again.

The second part of the novels. This time it has become more logical and understandable (though perhaps it only seems so...). Our hero – Ace Harding, waking up in Las Vegas with a bad headache and learned that his task is to find one hundred twelve million dollars that was recently murdered gangster had to deliver to his boss. The way to obtain money – any time – one week (the game is time limited), and our witnesses are the "man" of the boss. Why we are involved in all this mystery, because, as you may have guessed, the hero has amnesia. Which, however, will last very long – our hero remembers that he's a private detective, and the goals and objectives of the game (the real) will dramatically change...

The gameplay is virtually no different from the first part – the same multiwindow interface and the same huge number of items and dialogues, many of which are useless. Although the graphics have improved dramatically, and it's great, and the game itself became clearer, more interesting and much more fun (and thus not easier – in many games, you can really feel what it's like under the close supervision of a "double game"?). Of course, this is not the best detective quest possible, but by far the best game from ICOM in this genre, so if you liked those games you have to pass all the more impossible.