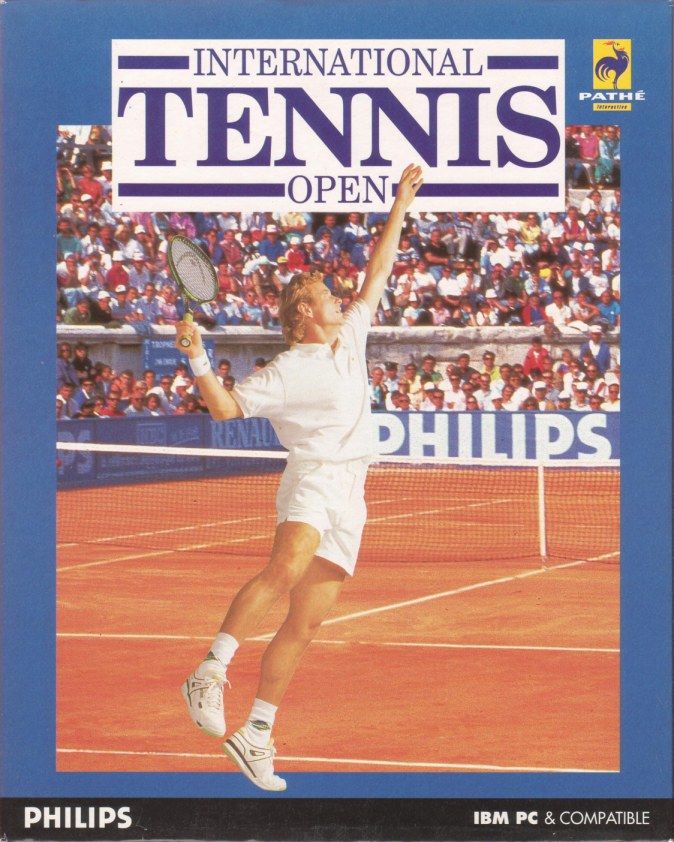 A DOS game was developed by Pathé Interactive and then released by Infogrames Europe SA in 1994, the game was called International Tennis Open. Now you can relive the memories by playing it online here.

Tennis simulator, not much stands out among the many games in this direction.

Given a choice of three game modes: practice, match and the championship. In battle mode you can compete against one of four opponents, each of which has a particular qualification (the game is not licensed, therefore all players-opponents - fictional) by selecting the state for which you want to perform, and the type of court surface (concrete floor, lawn or soil). The championship requires consistent competitions at the tournament in any city, where there are eight players (including you).

The game features a pretty nice and clear graphics with digitized (albeit not too well) models of living people as players. Prospect review - third-person from behind; rostrum present, but not animated. The difficulty level more or less high - this fact along with others allows you to appreciate International Tennis Open is above average, let the game and has no "flavor".

The CD version has the availability of movies, changed the main menu (added a paragraph with information about the game) and voice comments. In addition, in the CD-version includes French language support.

Tired of your same old routine, want to add some entertainment and fun element in hour life? Play one of the best videogame International Tennis Open online now and change your boring oold routine for good.