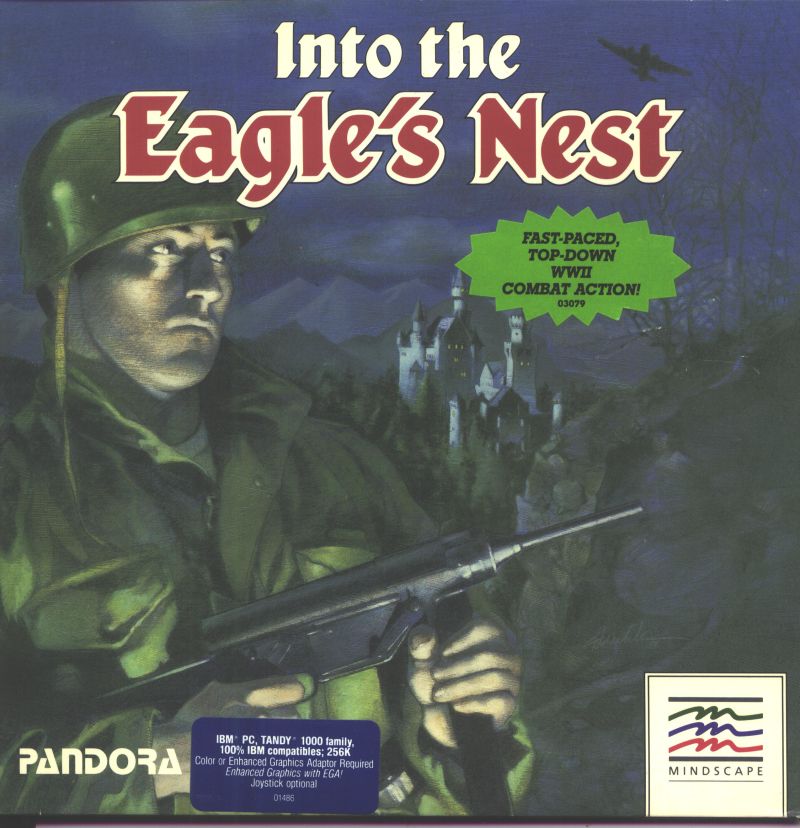 Click here to play Into the Eagle’s Nest online
3.0 /5

Pandora released Into the Eagle's Nest in year 1987. Play it online now.

Into the Eagle’s Nest description

Vague in terms of understanding the game - adventure with elements of arcade (or Vice versa).

The game takes place in Europe during the Second world war. Three soldiers of the allied forces was captured by the Nazis in a prisoner to the so-called "eagle's Nest", where the Nazis, moreover, are stored and a lot of stolen art. Your task (but here's who we're playing – hard to understand) – to release the soldiers from captivity, to return the stolen treasures and to destroy the "eagle's Nest".

In appearance the game is very reminiscent of Gauntlet, but much more complex: a building you have to explore, divided into eight zones, flooded by the Nazis, and all the ammunition, life and armor you have very, very little. In addition, it is necessary to be done: find pictures (some hidden), to collect the explosives (it is not used against you), to find a set of door keys to progress through the game and open a lot of secrets, without which the game in General, not pass (because their weapons and other necessary things).

Graphics may seem primitive, but it seemed nice (although quite faded). Top view isometric. Recommended to fans of challenging arcades.

Play your all-time favorite Into the Eagle’s Nest free on your browser here.