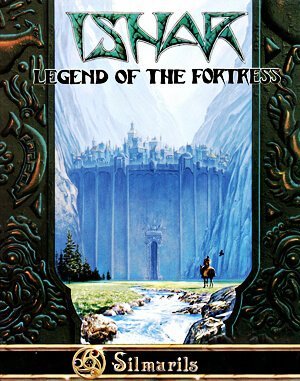 Ishar: Legend of the Fortress

Click here to play Ishar: Legend of the Fortress online
5.0 /5
Ishar: Legend of the Fortress is the sequel to the Crystals of Arborea. Morgoth and Morgula, the black god and his witch wife who were defeated in the previous game, had a child, Krogh. Their evil progeny is based in the fortress Ishar, which means "unknown" in the elven tongue, and has plans to reduce to population of Kendoria to slavery.

Ishar: Legend of the Fortress, the first game in the series came out in 1992 on Amiga, Atari ST and DOS. It takes place on the island of Kendoria. At the beginning, the player controls a warrior called Aramir, and he must defeat Krogh, an evil sorcerer who has killed lord Jarel. The game takes its name from Krogh’s fortress, Ishar, whose name means “unknown” in the game’s fictional elf language. In order to achieve this, the player’s characters must travel across the whole island and, among other things, meet with the surviving companions of Jarel. Play Ishar: Legend of the Fortress online!

The player takes the role of a traveler who, with the aid of up to five companions, battles through the fortress to defeat Krogh and stop the spread of the powers of chaos. Unlike its predecessor, Ishar is viewed entirely from first-person perspective, and its combat is real-time rather than turn-based.

Most of Ishar takes place in an outdoor environment, which was original for computer roleplaying games of the time. It also featured a unique system to change the lineup of player characters: the player can have up to five characters at the same time, but each one will like or dislike his comrades. These preferences come into play when the player tries to recruit or dismiss a character, because the other characters will then vote for or against the recruitment or dismissal. If a character cannot be dismissed by a vote, it is possible for the player to have him assassinated by another character, but there is a risk that other characters will murder the murderer himself, possibly creating a chain of murders that slays the whole party but one.

This opus was the only one of the series that had gold removed from the party each time the player saved.

The band Summoning used the cover art of the game for their album Minas Morgul.

You can play Ishar: Legend of the Fortress online here, in web browser for free!