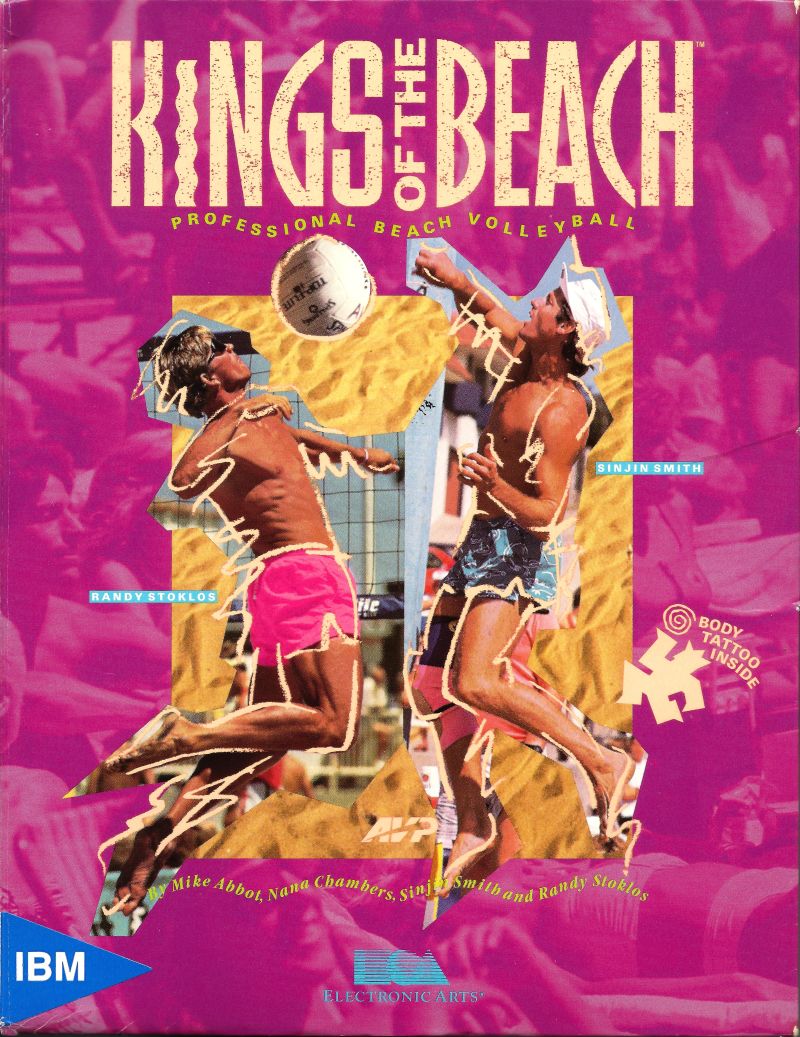 Click here to play Kings of the Beach online
3.0 /5

Want to play Kings of the Beach published by Electronic Arts, Inc. online? Just click to play the game.

Kings of the Beach description

One of the very few beach volleyball simulator for the PC (but still not the only one – there are more Over the Net). "Arenas", so to speak, only fifteen in Brazil, Australia, Florida, California and Hawaii, and they need to go consistently, increasing your ranking on points, if you play in the world championship (and you can play private matches with random teams of opponents). Of course, other standard options are also in place: there is a practice mode where testing a different feed, you can play against the computer or against another player on one computer.

In each team – two participants (you directly control only one, but you can choose what); the players in the championship mode this you originally is the two strongest American "biblist" of the early 90s; as you progress through the tournament, the strength of opposing teams, of course, will increase. You will be faced with a lot of other athletes – they're about twenty (each of them has several characteristics (differing) and even his own biography).

The game is hardly a simulator in the full sense of the word – perhaps it's all the same "arcade volleyball", because, in addition to the keys travel, there are only three functional, but the AI opponents sometimes is not so weak, so they must try to outwit. Training in the game consists of three stages – the number of available hits with two hands from the bottom (Bump), wrap under the attacking strike partner (Set) and actually an attack hit (Spike). By the way, the game is the judge who may in case of violation of to give players yellow or even red (!) card and with whom you can argue.

The graphics for its time are just wonderful – side view, the players are drawn in detail, as well as diverse and richly detailed backgrounds (sea, rows of spectators, and so on). Well-developed animation movements: so, here not only has a really different running attacks – the player may fall in the event of an unsuccessful attempt to take the ball, then stand up and shake off the sand that looks very realistic. In the event of a win both players of the team joyfully dancing short funny dance, and after the match before you next admonishes with kind words girl in a swimsuit (different every time) – it is also beautifully made hand-drawn insert.

Verdict – still not the only, but definitely the best game in its field (Over the Net compete with her, can not), perhaps not warranting the status of a serious sports simulation, but not pretending to be him, because he created to play for fun and set the mood.