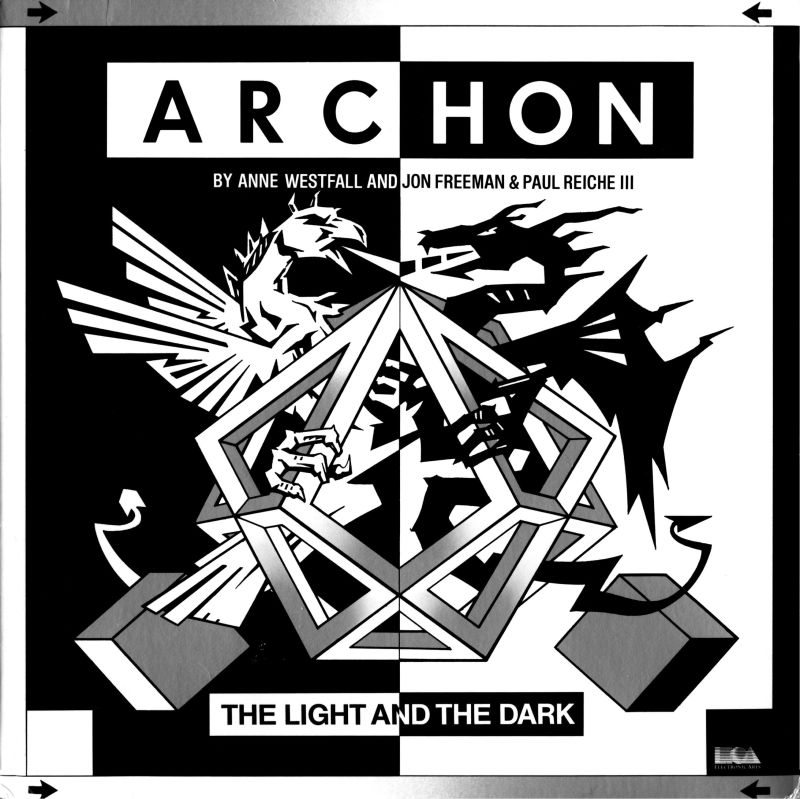 Your favorite game Archon which was developed by Electronic Arts, Inc. in the year 1984 is now available online. Click here to play.

"And decided the forces of good and evil play chess, and put their best soldiers on a chess Board..."

The founder of the genre "who told you that chess is a boring game?", Archon is based on the same concept that later gave rise to Star Control (and it's not just that the authors they are the same).

The essence of the game is simple as three copecks, - have a chess Board. There are black and white pieces. They go like chess and behave like chess-only until until. Until you meet on the same cell. Then the camera "zooms" into the cell and begins the massacre...

Battles take place in real time and require a certain number of reflexes. Depending on the shape of its attack, speed and type of movement as well as the supply of life, changing. Besides of the cage agreed figure, too much depends. Black figure easier to defend on a black cell, because its life is doubled, and the killing power poltoratska... same thing with the white on white.

The point is simple - to capture the "power" cell in the middle of the edges of the field (due to the nature of the shapes field is a 9-on-9 cells, in contrast to chess 8-by-8) or cut all enemies, whichever comes first. Also the balance of power sharply change the "switchable" cells located in those "extra" rows that complements the field to 9-on-9. Each move they slightly change hue, passing over the seven moves the whole range from white to black... And then back again. This point makes them hold a little more problematic and significantly increases the strategic component of the process.

Easy to understand, but infinitely complex in victory, this game guarantees you hours and days of endless tactical research, especially in the "player-to-player". All the more picky about the chart recommend the sequel, Archon Ultra.

Enjoy playing Archon online, it can be played on your browser and is free.

Indiana Jones and The Fate of Atlantis: The Action Game

X-Men II: The Fall of the Mutants