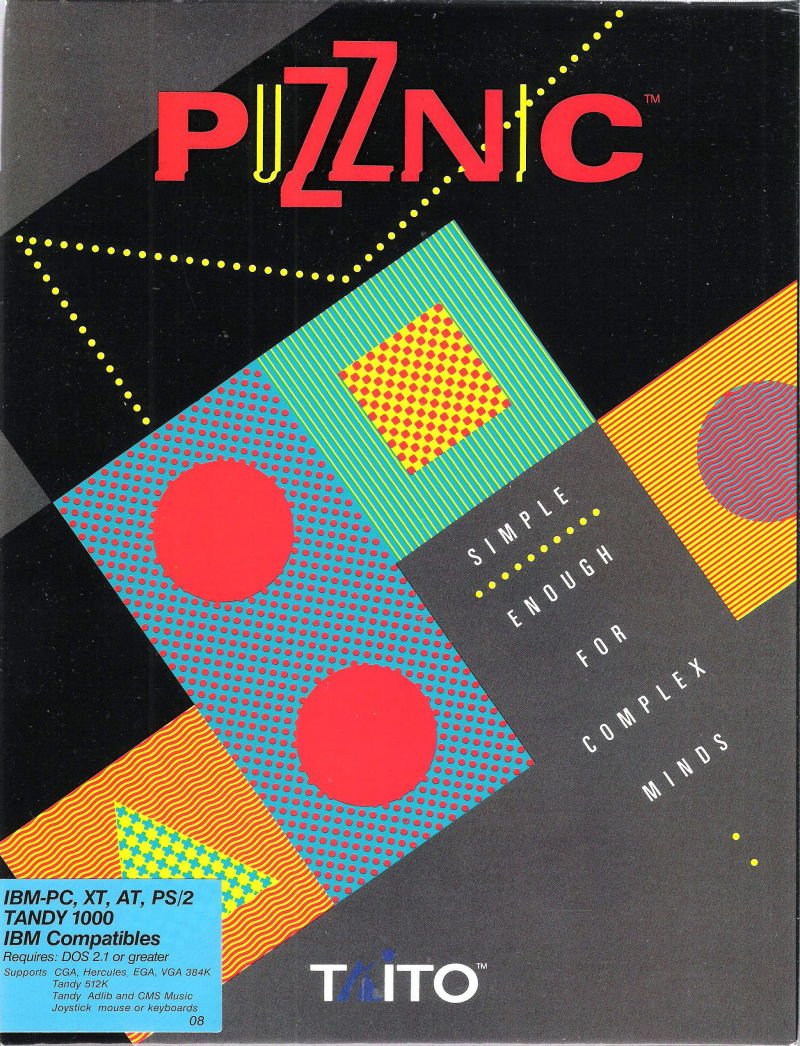 Puzznic was launched by Taito America Corporation in the year 1990 which was loved by all old and young. It’s an interesting DOS game and can be played online by clicking here.

Diamond classic of the genre "puzzle", which, unfortunately, is already beginning to be forgotten by most players.

Formally, the task is very simple: on the screen there are blocks with images on them of various geometric shapes, our task is to clear the screen (in most cases) from them. This can be achieved by moving blocks around the screen with the purpose of the contact (of any kind) of the same blocks together, then they disappear. Blocks can move only left or right if you move the block into empty space – it will fall down. The game is time limited, the loss of each level (all of them in the game, two hundred and twenty) leads to the loss of one of the three "lives". You can lose as not having to perform the task in the allotted time, and by making some wrong action, which obviously will not allow to complete the level.

The first levels of the game are quite simple, but then start a very difficult thing – there are moving platforms that allow you to move blocks around the screen in certain intervals or only in a certain direction. There are also various "absurdities" in the form of fixed blocks (to be removed, drop down the same type should be transferred to them) or initially set at this level an odd number of certain units (i.e. have to think where to put it first, then, in a moment in time, connect them to destroy all three or five at once, which can be very difficult). After every four levels to choose from given multiple sequence levels – first two, then three, four and so on.

The verdict, as has been said, - really great, despite the very high complexity, because the real classic of the genre. If someone from the connoisseurs have not seen – see urgent.

Play your favorite childhood game Puzznic online in your browser for free here.