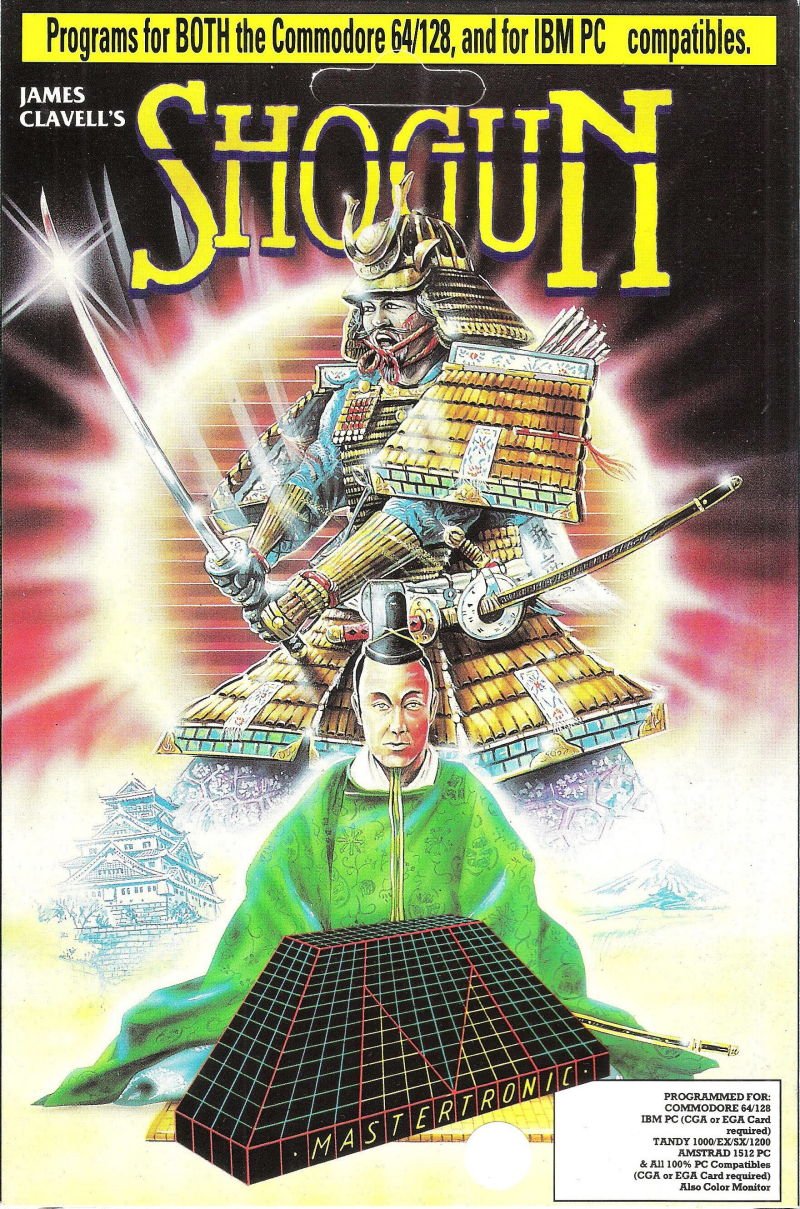 With many different features and various levels, Shogun released in 1988 hit the right chords right from the beginning. Play this excellent Adventure game and online now.

Very old adventure game with strategy elements for the film, based on the book by James clavell, about the adventures of an English sailor of the XVI century, trapped in a shipwreck in Japan during the so-called "samurai wars" which resulted in the unification of the country in 1603 under the rule of the Tokugawa. But we can play not only for him but for all (!) characters of the movie/book. The final goal of the game is to become shogun of all Japan, and how to deal with us.

Most of the gameplay is dedicated to exploring the various locations and activities. For example, we wrestled with some important Japanese won – "closer to the authority"; however, this is only one of the ways. Also in the game you can collect various objects, some of which are important in the story, and some just required in your current business: it can be various types of weapons, money to buy something or even the food, which can replenish your health after battle.

Another possible (and rather need) a comprehensive communication and interaction with people (this is the year the game is very developed); as in the conversations we constantly have to say, on whose side we are, the same characters can relate to us both friendly and hostile, and ways for the passage of many (strict storyline not at all). You can "lure" people to their side, the followers never hurts. And yet the characters here are more than strange movement – but you will see for yourself, of course, if you want in this play.

We should also mention the fighting. They are quite complex, but the most surprising – even if you killed someone, then after some time it will respawn (!) under the same name but in a new "rank". "Rank" in the game have each character (peasant, samurai, and so on) as NPCs, and even at the start you can select characters with different "grades" (higher it is, the passage will be easier). The last thing that should be mentioned in the "liveliness" of the world: after all, while you all unselected characters are also involved in "sagansky race" and you always get information about what happens to them.

The graphics in this game, so to speak, for an Amateur, and looks weak even for 1986 – it's too conditional, and to understand what is going on on the screen, it is possible far not always. On the other hand, it's a bit like the old Japanese painting, which makes this game even more original.

My personal verdict – bad. Largely because most aspects of the gameplay annoyingly difficult to understand (although also acquired), and the end of the game is really not – even if you become shogun (but that you too will see for yourself). However, for lovers of all kinds an unusual genre experiments of the past Shogun may present some interest.

Now, play Shogun online for free on your browser and make your boring weekend fun and full of entertainment.