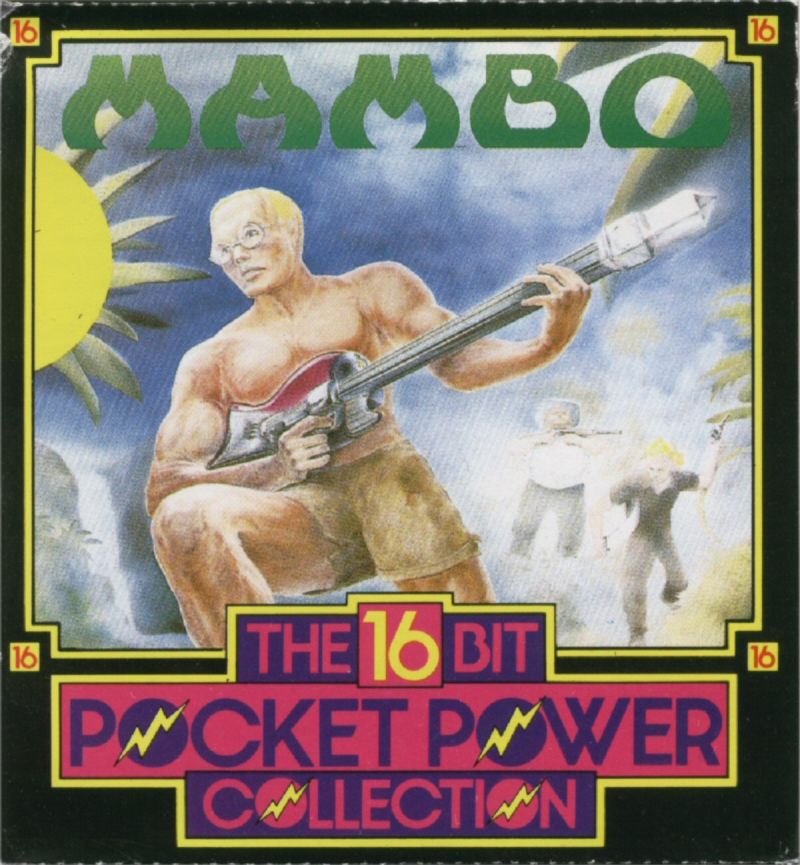 Want to play your all-time favorite Mambo online, which was released by Positive in the year 1989? Click here to play.

Formally unusual arcade game in futuristic setting, which is characterized by a complete lack of background story and at the same time – wonderfully clear instructions in terms of what we should do.

The game takes place in the distant future where mankind is at war with the Guardians. Guards, by the way, the people are no different. Who are they fighting and why – is unknown. Our hero – the Mambo, the best in the galaxy man is a saboteur. The command of the people, sends it to a Central base Detention with a view to its destruction. The problem is clearly stated in the beginning.

Sounds our mission in the following way. Upon arrival, we need to find and kill the four captains, each with a secret map to deactivate aims to Ground missiles. Then find and hack the two computers, which provide access to the silos with missiles. Hereinafter, with cards to deactivate the missiles. Unfortunately, deactivation in this case means migrating them to self-destruct, so the last step should be an escape from the base.

The most unusual element of this game is the graphics. First, here's why takes place to be the total dominance of yellow color over all others, and secondly, the contrast between the background and the characters are almost completely absent, so see on the screen anything is often quite problematic. Finally, the futuristic surroundings here, as was said, only formally – in fact, and backgrounds, and clothing Guards are much more suitable to some Central American banana Republic. The game is, in a word, much to the Amateur, but ardent fans of any platformer could look and feel.

Play your all-time favorite Mambo free on your browser here.

Adventures of Beetlejuice: Skeletons in the Closet