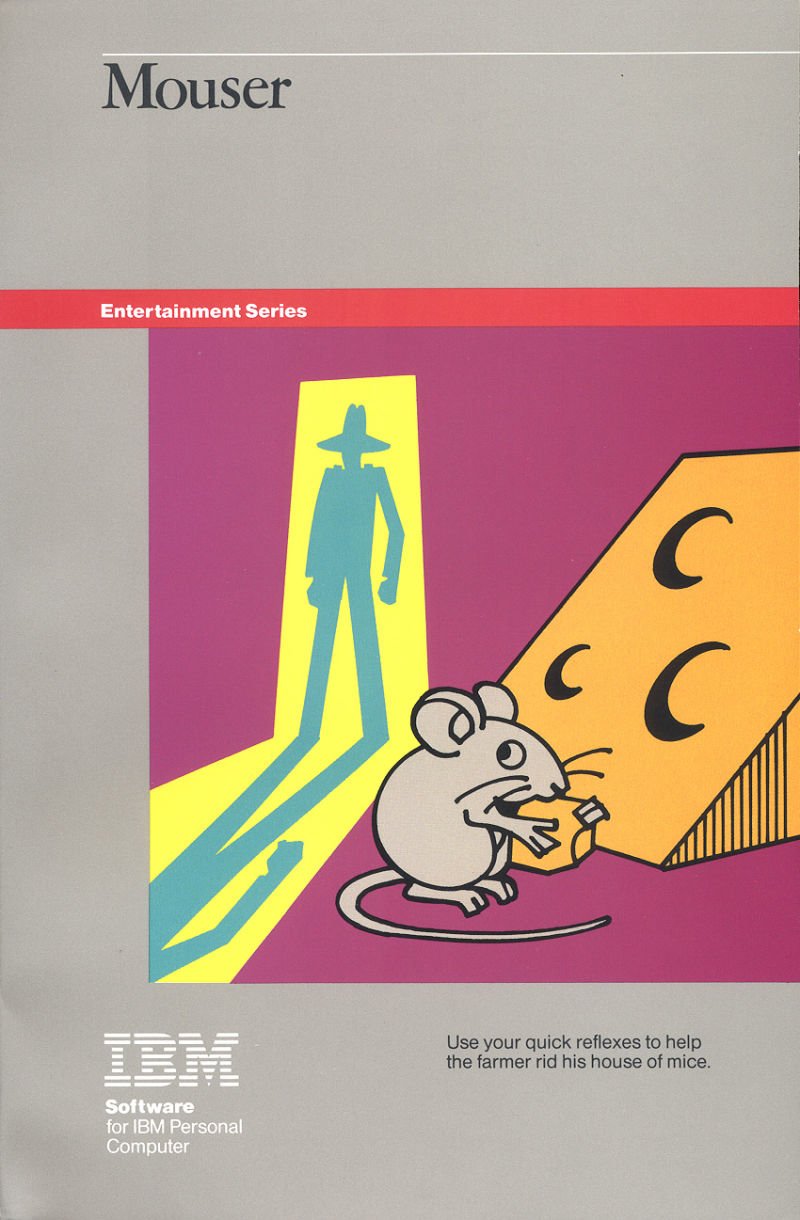 A Action game, Mouser was released in 1983 by the famous developed IBM. It is a DOS game and is perfect for all video game lovers.

Quite an original ancient game that some reason is called a variant of Pac-Man'. In it you play as a farmer who must clean the farm from her flooded mice.

The farm consists of nine areas, each of which is a maze full of walls that can move, and between them and scurry mouse. Between rooms you can walk out of one and log into another. Your task is to move those walls, trying to pinch every mouse between them, so it was not able to move, and then the mouse will be able to catch a cat (this point in the game not shown – the cat just standing around doing nothing). However, all the farmer must do "hands" - he walks through the maze and moving the walls, and in-game mouse – sized farmer, so contact with them ends in instant death. For each mouse are given points (displayed in the top left of the screen), but the loss of life expense is nullified (but at least the position of mice on the screen does not change).

Also, each level has one (first) piece of cheese. If it gets mouse-male (a mouse in the game are of both sexes), then there will be new pieces of cheese. If it will make the female the number of mice will increase (therefore female mice of you should try to catch in the first place). If you run away from the mouse in another room – don't go back there the same way as the mouse will be waiting for you there (and generally the position of all the mice in this room will remain after you leave unchanged to return). Another important point: in some rooms is very weak light, so you can only see on a very limited radius around themselves. This is achieved with the lamp, but first you need to find... And if you catch the mouse in the square, which is bordered by the cat, but without the wall between the cat and the mouse, though it will not allow the mouse to move, but a full catch will not be considered (and will make the game impassable); sometimes the farmer may be stuck to the wall.

Surprisingly, the graphics in the game (especially considering the year of its release and size) is just wonderful, especially pleases the funniest portrayal of the evil mice. But the level of difficulty of the game higher, and it is not given to everyone, because it requires enormous perseverance, attentiveness and responsiveness. However, if you are willing to try – then go ahead and let your mouse tremble!

Play your favorite childhood game Mouser online in your browser for free here.