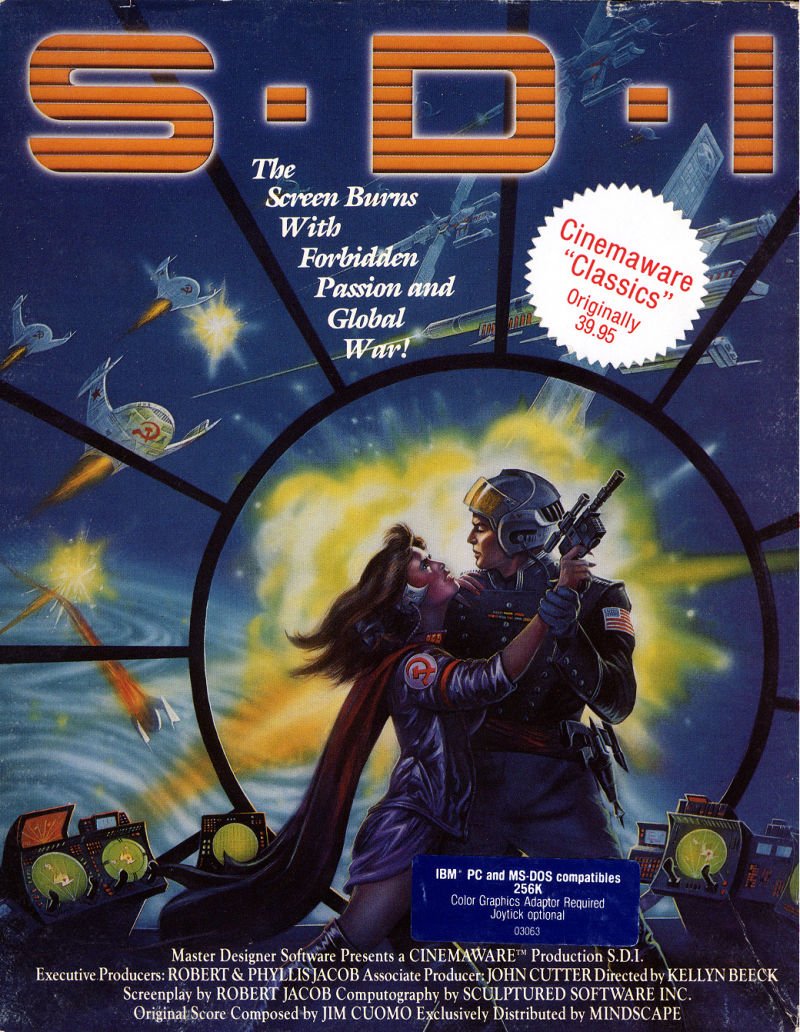 The anti-Soviet multi-genre masterpiece from Cinemaware, one of those games where even disgusting (alas, here it is possible to reward only this epithet, with "-ther") plot kompensiruet great gameplay and graphic design.

To adequately and objectively describe this game is very difficult. On the one hand, the real peak of "Russophobia" in the story. Judge: we are now fighting with the come to power in Russia with terrorists! Their leader, whose name is Victor Aliyev, captured Soviet military space station (and the men did not know that we have it!!!) along with the missiles, captured important people and now, no less, wants to destroy the world! That's right, all of it, because it's not just the terrorists, and hate life for what it is the terrorists-fanatics. Of course, you have to play for a secret agent known nationality, which is necessary to penetrate to this station (Yes, in space) and restore order to defuse the rockets, rescue the hostages, to do other good deeds... it is to admit that in some parts of the plot might be wrong, but to learn such nonsense and there was not the slightest desire. It's not even "cranberry", it is close to the "wolf berry".

However, the plot of this is "nonsense" and ends. When I play such games, then use a simple mental trick: change the "parties of conflict" places. And you know – helps. What prevents to imagine that our new acquaintance Aliyev – Soviet traitor who sold themselves to the bourgeoisie? Mentally and to replace some of the words and the screen is not so difficult. And then, instead of another "Western agitation" in front of us is truly a wonderful game, almost deserves the highest score.

A variety of gameplay (that is, in "scientific" language, "multiannual") and is just awesome for those times the graphics – that's what game from Cinemaware left a good memory in history. However, this game is not entirely on them, this so-called "Cinemaware-style", but the technology is all from them, so don't worry.

The genre of the game to determine positively impossible. This is both a strategy game (and versatile!!!), action, adventure and even a little bit of simulator and RPG. What we have here to do: to fly is not very clear the origin of cosmic "thing", fighting with the space fighters of the Russian terrorists (men still do not know the military achievements of the late USSR), and to run with a third-person space station (solving different problems and fighting), and to carefully review the message from their commanders, communications from a number of persons (not necessarily friends), and to dock with space objects, and to consider (long and hard) tactical map of the fighting, and even examine those screens... Just not listed. Difficult, Yes, but very exciting.

And still we will be here to consider "pictures". And this is hardly the most pleasant of what we here expect. After all, almost every screen of the game, even considering not really, in General, a large number used for image colors, is a real graphical masterpiece. Even the map of the world, and those drawn with love and amazing accuracy. What can we say about such scenes as, for example, the meeting of the Extraordinary Commission in Washington, DC dedicated to the situation, or the view from behind Aliyev, watching from the huge screen space of the monitor for nothing while the unsuspecting Earth... And portraits of people? After the reading of each message (and not only in this case) you will see a portrait of its author, and I must say that the faces of the people of the time depicted was just amazing. It's almost like in the action, one word.

I think this should end. I assure you that if you manage to make the above-described "mental transformation", if you like really varied and interesting, non-trivial games, then you should definitely see the S. D. I., no matter what game genre you prefer. But in the depths of the subconscious, alas, the "worm of doubt" still remains, therefore, with all its Supreme qualities and strict guidelines, the game gets only nine points.

Relive your old memories by playing S.D.I. free and online on your browser now.