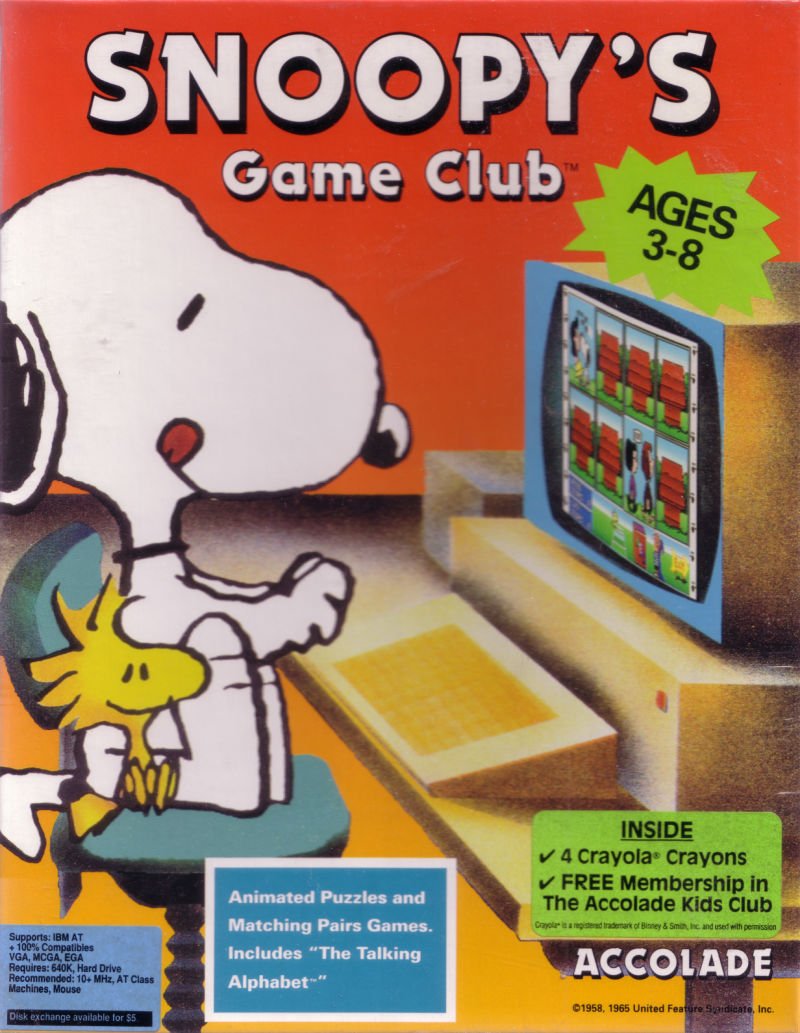 Snoopy's Game Club is a Educational game released by Accolade, Inc. in 1992. It is an interesting DOS game and a must play for all old videogame lovers.

Focused on the apparently, very young children play about a dog, Snoopy, comic book hero and cartoon. Is a collection of three mini-games.

The first puzzle, collecting the whole image of fragments, then to see some animated scene. The second primitive card game on the line (flip the card image up, selecting a number of cards, number of varieties and types of pictures – characters from the comic series, the letters of the alphabet and so on). Third – the absolute primitive: by selecting the number of objects that need to choose from many similar, but something (usually a color or shade) is still different two objects are absolutely identical. Each game comprises ten rounds, each harder than the previous, but "difficult" they can be called except that in the case of children.

Graphically, the game looks good (although not excellent), and it is even conceivable that the little kids are gonna love it (because, unlike many educational games, does not require any knowledge in a foreign language).

Tired of your same old routine, want to add some entertainment and fun element in hour life? Play one of the best videogame Snoopy’s Game Club online now and change your boring oold routine for good.