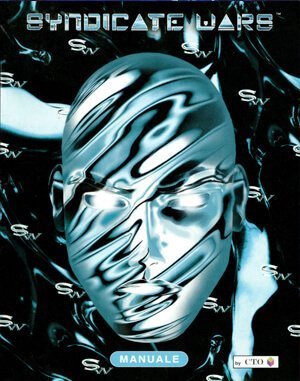 Click here to play Syndicate Wars online
5.0 /5
Syndicate Wars presents a followup to the events in Syndicate taking place 95 years later (the year 2191). At the game's opening, the player-controlled syndicate (called EuroCorp) is at the peak of its power (achieved in the previous game), an alliance of corporations controlling the world through a combination of military and economic power, and technological mind control. Corporate decisions are facilitated through a number of AI entities connected through a global communications network.

In the sequel to the dark isometric action / strategy game Syndicate, you control either Eurocorp Syndicate or Church of the New Epoch. These two sinister forces are battling for world domination. You must help them dominate the world across 60 violent missions spread through 30 cities – you receive e-mails containing the mission plans.

After selecting a squad of four men from your roster, you direct them through the rotatable 3D city views, shooting foes as the situation dictates. Nuclear grenades and psycho gas are among the new weapons. Tubes, a monorail system and unimpeded Antigrav vehicles give a futuristic feel to travel. In the PC version, 8-player battles over modem and network are available.

As the game opens, this totalitarian status quo is threatened by the emergence of a virus named “Harbinger” in the global communications system, damaging mind-control implants and leaving citizens vulnerable to co-option. Some of the newly liberated persons, dubbed “unguided citizens”, choose to engage in an armed insurrection. The Unguided appear in early missions as random antagonistic elements, but over time form a well-organized militia.

Viral damage to the global network causes disruption to Syndicate coordinations, with individual stations isolating themselves to avoid receiving rogue communication. The London station, as the headquarters of the EuroCorp syndicate, attempts to regain authority via direct intervention by the game’s signature quartets of heavily armed agents.

The bulk of the game concerns the development of armed conflict between EuroCorp and the Church of the New Epoch, a church (led by a group called “The Nine”) seeking to undermine the world rule by corporations in favor of subjecting its parishioners to its own variety of mind control. “Harbinger” was their first step in demolishing the existing world order. As insurrections take hold, the player is also obliged to conduct missions to control rogue elements within the syndicate itself, as various sub-corporations change allegiances or make bids for independence.

The ironic parallels between the objectives of Church of the New Epoch and the original EuroCorp syndicate itself are abundantly clear throughout the game, and indeed the game can be played from the point of view of the Church itself to similar ends (indeed, it is revealed very early in the game, when played on the Church’s side, that the “disciple” in control of Church agents is a former EuroCorp agent who has been converted).

You can play Syndicate Wars online here, in web browser for free!