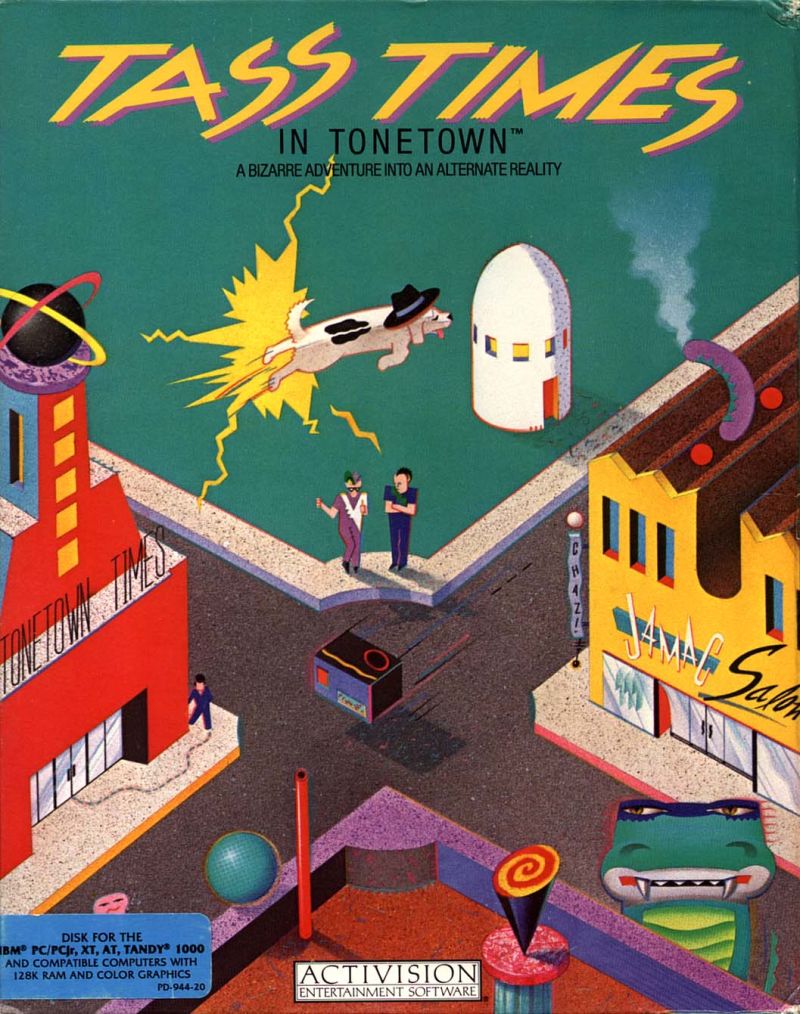 A DOS game was developed by Activision, Inc. and then released by Brainwave Creations in 1986, the game was called Tass Times in Tonetown. Now you can relive the memories by playing it online here.

At first glance – a text adventure with graphics, but not quite normal, but contain a significant element more familiar to us "point and click" game. The plot is fantastic (in the literal and figurative sense of the word). To play for the boy, whose grandfather, a good inventor, has created an amazing device that allows you to make real everything that a person sees when asleep or just "strong" dreams. But there was a problem: upset the balance between our world and some otherworldly, dwelt in krokodilopodobnyh creature named Franklin Snarl. This creature has infiltrated our world and kidnapped the grandfather and his unit, wanting to leave him forever sleeping, lest his dreams (usually cheerful) would make home world Franklin more vivid and bright. Task hero – to save his grandfather.

As mentioned above, the game combines two game concept: some commands need to print manually after reading of a text, some can be given by means of icons in the interface of the game screen. It is clear that the game has puzzles (challenging but you can not call them), as well as items that you can collect in your inventory to use to solve these mysteries. The graphics, fortunately, the game has, and let all the images are small and static, but to see them for sure is: the game is made in a surprisingly psychedelic style (because the action in fact in some sense is happening in the world of dreams), so you will see some very strange creatures and truly unique things, such as floating phones, triangular or the moon. Overall – not too difficult, fairly interesting quest oriented, however, to a large extent on children's audience.

Want to play Tass Times in Tonetown online now, play it on your browser here.