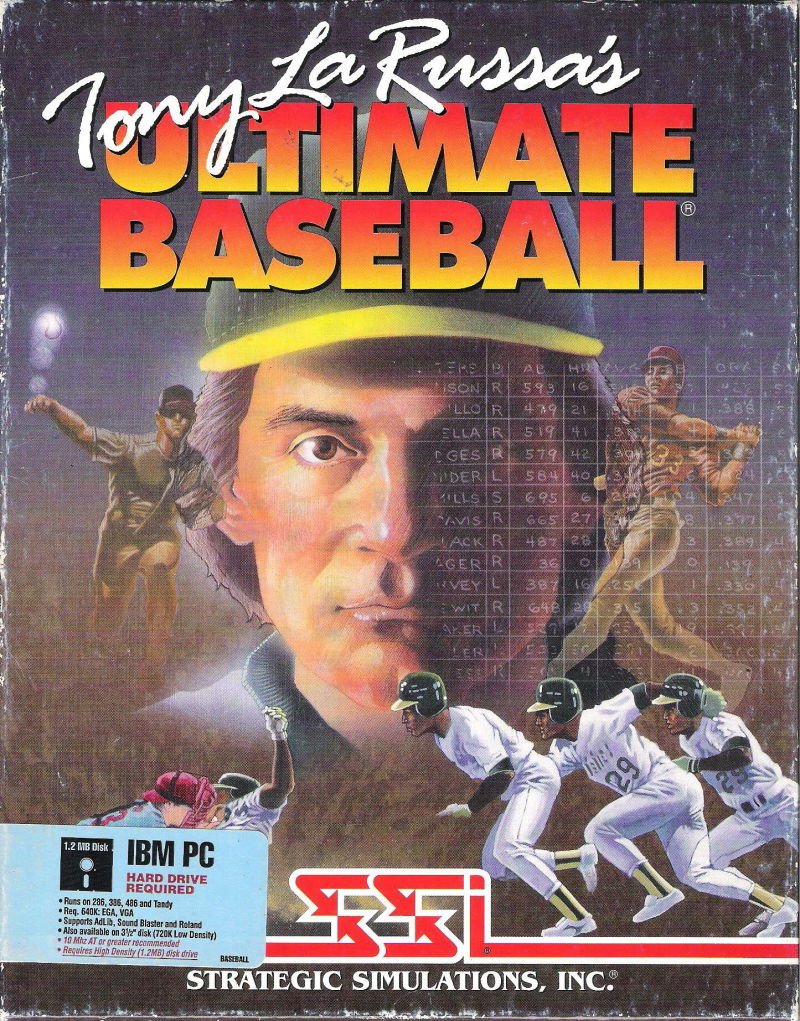 Tony La Russa's Ultimate Baseball is a Simulation game released by Beyond Software, Inc. in 1991. It is an interesting DOS game and a must play for all old videogame lovers.

One of the few baseball computer games, which combines both elements of a sports management games. Named after the famed player and coach in those years.

Before the start you can choose one of numerous teams to conduct with her the whole season in the National League, each of them has detailed statistics of the achievements of the players, which include their characteristics, and, for example, trauma.

Unlike most management games, in this games paid great attention – they can not only manage, but also directly participate in them, driving one or two players on the field; however, – can be trusted to conduct all matches with the computer in automatic mode, and to only focus on managerial matters.

At the time of release, the game was declared the most advanced baseball simulator, and these words were at least partly true. For example, here for the first time technology was used so-called "fly ball cursor", greatly simplify (in the best sense of the word) control of the ball. In addition to a good balance between strategic and "dynamic" components, the presence of the tips Tony La Russa, a wide variety of training, transfers of players, replays of the best moments of the matches, career mode is for you as a trainer and even the possibility to track the growth of skill players on the team, the game is extremely interesting by the presence of many Addons released for it after the game, which allows you to create your own players, teams and leagues (including historical), added new stadiums and so on.

Graphically, the game looks for its time, just great: we will not see the spectator stands, but see a large drawn and very detailed players and the smallest details of the game field (perspective review – "closer" isometry). In short, this is really one of the best and most thoughtful baseball simulators, which is warmly recommended to all fans of the computer version of this game.