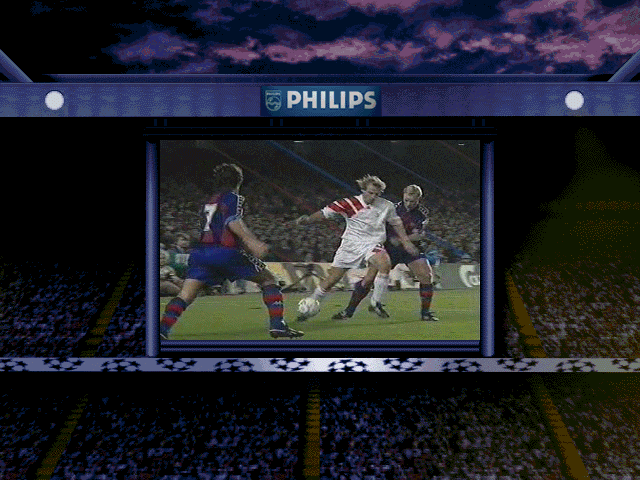 UEFA Champions League 1996/97 is a Sports game released by Krisalis Software in 1997. It is an interesting DOS game and a must play for all old videogame lovers.

The company Krisalis Software since the early 1990-ies and up to the early 2000s made many efforts to the development of the British game development in the field of football simulators. Despite a good start in this direction, gradually, their projects became worse and worse: critics have treated them more cruelly, the number of players was reduced, although it remained a small fan community, which appreciated the company for past services.

UEFA Champions League 1996/97 was the penultimate released on personal computers football game from Krisalis Software. The previous game, which appeared two years earlier, UEFA Champions League, was also made under license, but was not very presentable appearance: sprite graphics behind for a couple of years from his time. Unfortunately, their mistakes, the developers learn not wished that the visual component of the game, on the page where you are now, again, not significantly dotyagivaya established then standards, and given the fact that the main gameplay drawback of its predecessor - a very limited angles of movement of players - was also follow. Thus, significant changes in the new part only two:a new engine with old problems, which barely reach a satisfactory level, and the increased number of teams: in addition to the sixteen participants of the main draw of the Champions League, there are thirty-two club teams, from which you can form your own League.

The bottom bracket business indicators 1996/97 UEFA Champions League has reached that allowed Krisalis Software in the future to create The F. A. Premier League Manager 2002 with the exact same missteps. The failure of the 1997 UEFA license revoked and handed it to the British from Silicon Dreams Studio; it took four years before the unfortunate, and someone has entrusted igroizatsiyu his championship. But what cannot be denied to developers, so it is in the stubbornness, with which they stamped their simulation, which is more like a donkey than heroic. The fact of existence of UEFA Champions League 1996/97 confirms that you can live with this, ignominiously dissolved in the depths of history, from which the game can now pull out to see and sink back.