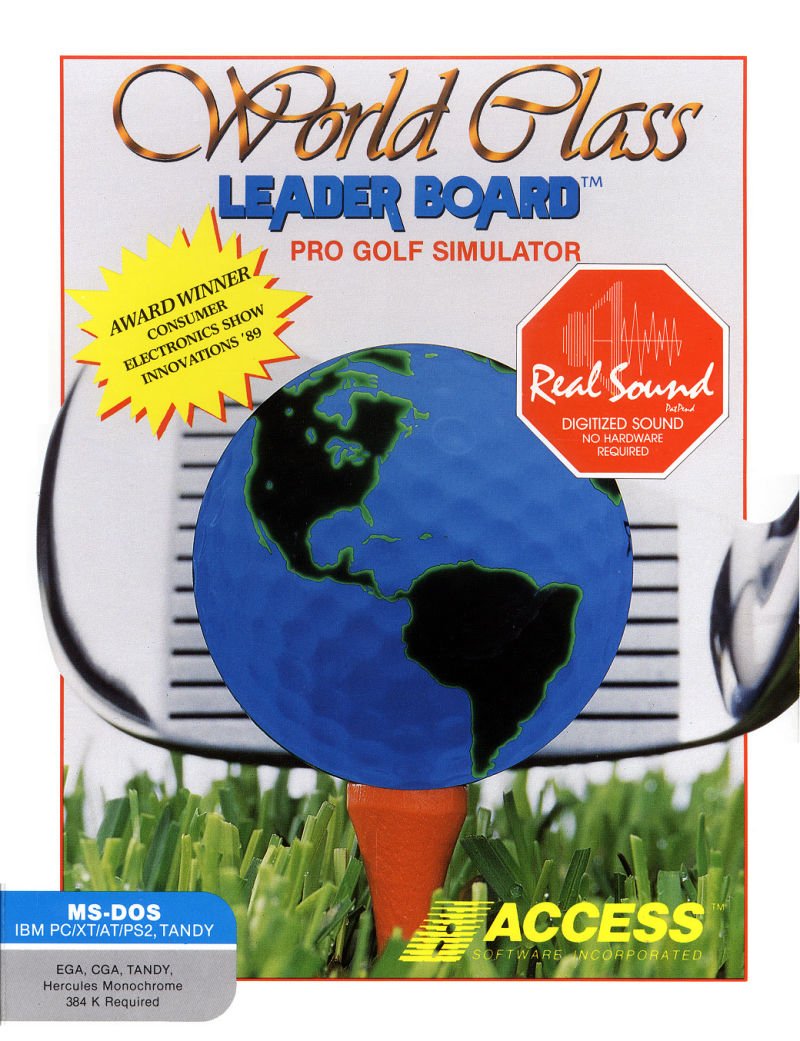 Great news for all the old video game lovers, now you can play the best Sports game, World Class Leader Board launched by Access Software, Inc. in the year 1988 again. Play it online now.

The only game from the whole series of Golf simulators Leader Board, which was released on the PC (or rather, has been ported after the release on the C64 in the original).

Perhaps the main feature of this game is a very big variety of lawns, among which, allegedly, there is even an almost complete copies of actual, also has a powerful built-in editor, lawns, allowing you to create your own creation and then play them. Another key feature is a funny voice review of the gameplay.

But about the gameplay we can say little: management largely arcade ("tensed up and hit"), realistic moments is only taking into account the wind strength (and here it does not play a very big role). Graphically, everything looks good – the port came out pretty good; especially good as many other Golf simulators, turned out trees. But lawn it is in terms of environment (not the location of the holes) often appear, despite the large number of, quite monotonous. In General, ordinary and not very sophisticated Golf simulator, which, incidentally, perfectly suited to those who just want to meet some representative of this subgenre "effortlessly".

Play your all-time favorite World Class Leader Board free on your browser here.