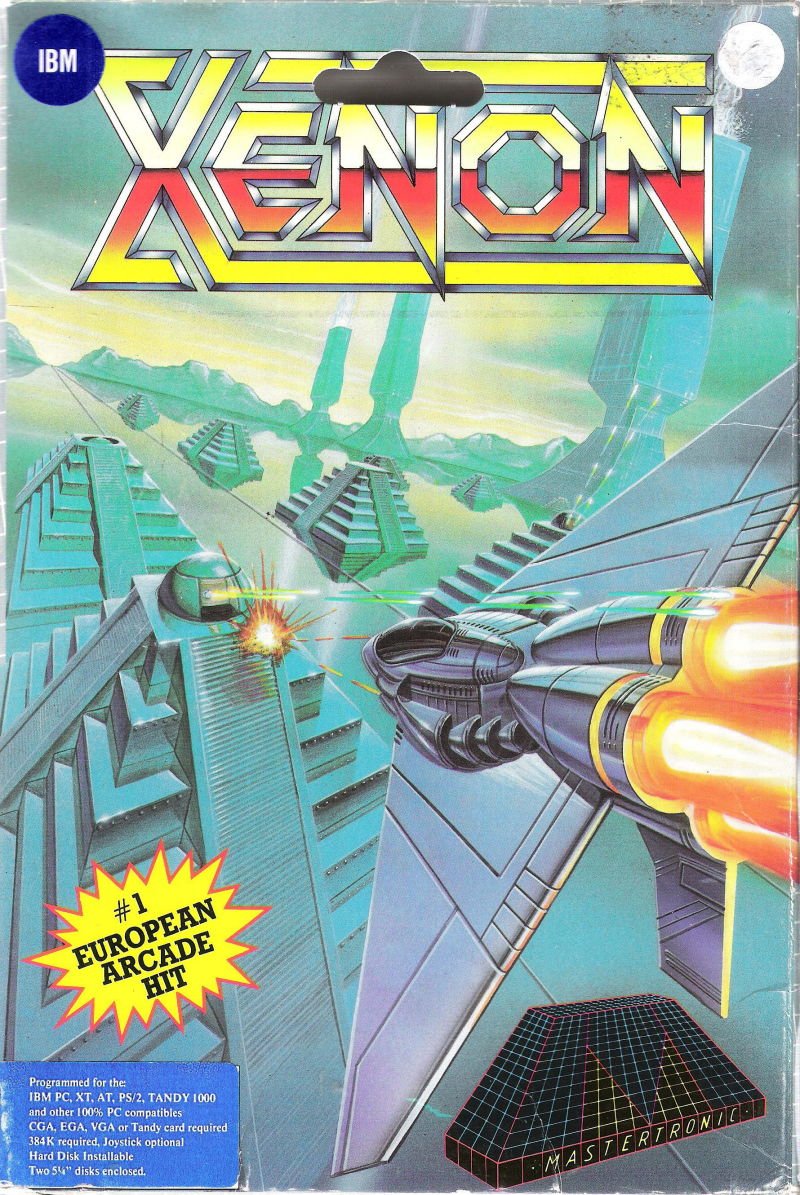 The famous developer 16-Blitz developed a Action game called Xenon in 1988. You can play this Top-down perspective game online now.

If you heard about long ago became the Golden classics of the genre Xenon 2 (or played it), then you probably have the question whether the first part, and if so, where and what. We are happy to announce in front of you – it's the PC version of the first Xenon'and. Alas, unlike the second part, a classic and not made.

The gameplay is an arcade flying action from top view and not the most responsive controls (although can be used), with no plot and not very similar to the second part. We manage a strange object, like a tank. By the way, at first, seem to manage quite simply: know yourself move up or down in the plane of the screen. But, it turns out that here and turn you can, but the effect is not trivial and will require inspection of the right side of the screen where hidden game interface. With all this, such "research" does not tire.

There is a very interesting point. The game has an element of "3D similarity" - the enemies (Yes, there are enemies) are on some hilltops, and so that the ground around him not to fall (assuming we're on earth). And here is the surprise: you can transform your tank into an aircraft, which overcomes the roughness of the landscape by air. The management of the tank differs from control of the flying vessel. When too many enemies, it is necessary again to transform, because the shape of the aircraft did not win a major battle. Yes, more of these same enemies we will take bonuses and all sorts of improvements for our fighting machine.

Despite the release date, graphically it all looks quite nice, although the backgrounds of the screens are the same. However, in such games on the schedule quickly forget. It remains a mystery why the first part didn't receive such popularity as its sequel. In my opinion – though all different, but not worse.

Enjoy playing Xenon online, it can be played on your browser and is free.