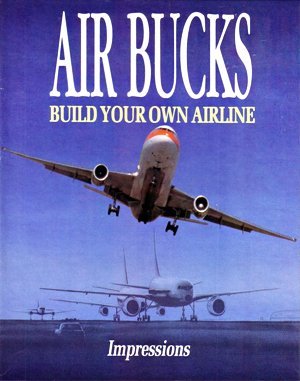 Click here to play Air Bucks online
4.5 /5
If Maxis did SimAir this probably would be close to it.

Air Bucks is a business simulation game which tries to capture the ins and outs of the airline industry without bogging the player down with details. It starts in 1946 and the goal is to build up a successful airline with a small starting budget. Play Air Bucks online!

There are many details in the game, e.g. the player can buy rights to airports, arrange seats on the planes to carry more or less first class passengers, decide on the quality of in-flight food or entertainment, and more.

The game features “special events” similar to Sid Meier’s Railroad Tycoon, which require quick changes in the plane operations to accommodate them. Other important industry-specific activities include designing global routes and paying for landing rights, tinkering with plane layouts and determining fares for each leg. All those decisions are made inside various menu screens. Competition consists of up to three human or AI controlled opponents and the world map is randomly generated with every new game.

The game begins immediately after World War II in 1946 and as airline founder and general manager, you had to arrange plane purchases, airline routes, airport slots all with a $100,000 start up money. As the game progressed, real world events, new competitors (human or computer), new plane stock, worker strikes and seat pricing wars would make the game a very tough challenge.

You can play Air Bucks online here, in web browser for free!