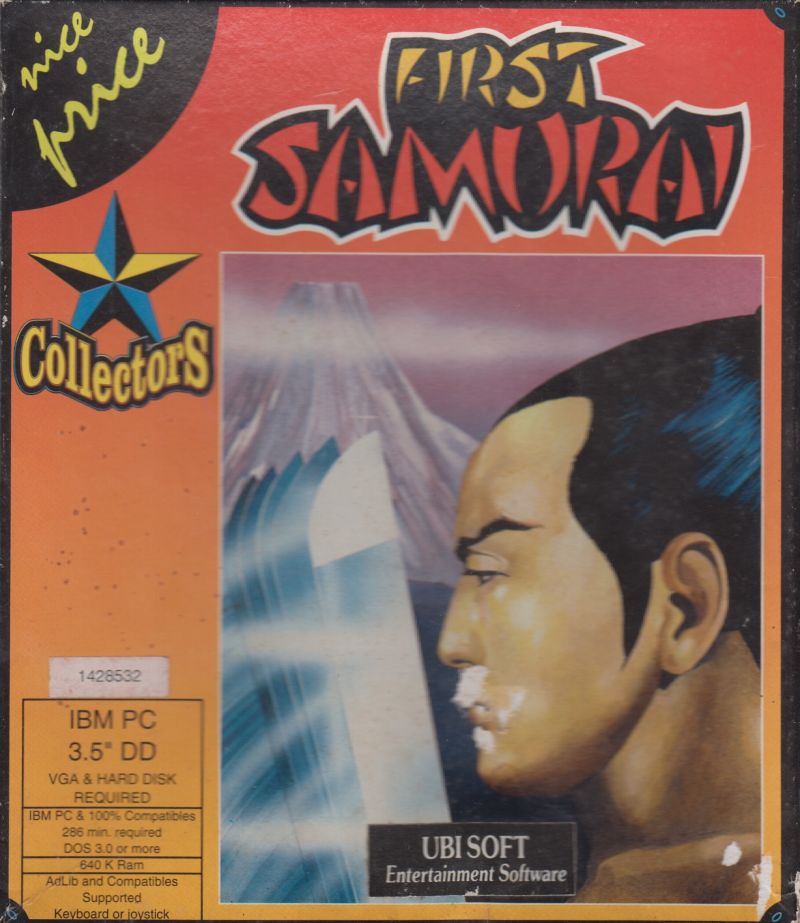 Ubi Soft Entertainment Software developed a DOS game in the year 1992 called First Samurai. In the video game ranking, this game ruled the charts for a very long time. You can now play it again online by clicking here.

Very popular at the time, the game is a Japanese entourage.

The reasons for the popularity hard to understand. The game is in any case not bad, but still, in my opinion, something special and outstanding can not boast. However, her fans have always lacked.

In the story, you play as a young samurai, the teacher was killed by a demon (the action takes place in medieval Japan). Then the demon ran off into the distant future because I was scared kind of sorcerer, which became the boys tutor. After some preparation, a samurai sent to Tokyo of the future in search for the demon in order to avenge the murder of the teacher.

This originality, if it was here, in my opinion, ends. Starts fights. First – quite common. Then we will be monsters, and while the opponents – some chavs Yes military. Begin with a weapon only your hands and feet, then we can find a lot of things, including the magic sword (very strong stuff). Techniques not so much (but is curious). Overall I am quite high artificial intelligence of enemies (if "other things being equal", of course) and the fact that they constantly respawn, so the "kill all" will not work. But this time ruining a huge amount of bonuses to restore health, and since the goal is to pass the level, but not to strip, then in this situation it becomes quite feasible task.

Better graphics than many other platformers of the time. Perhaps this is the only possible explanation for such wide popularity of the game. But fascination she did not take, fans of such toys will probably be enjoyed.

Relive your old memories by playing First Samurai free and online on your browser now.