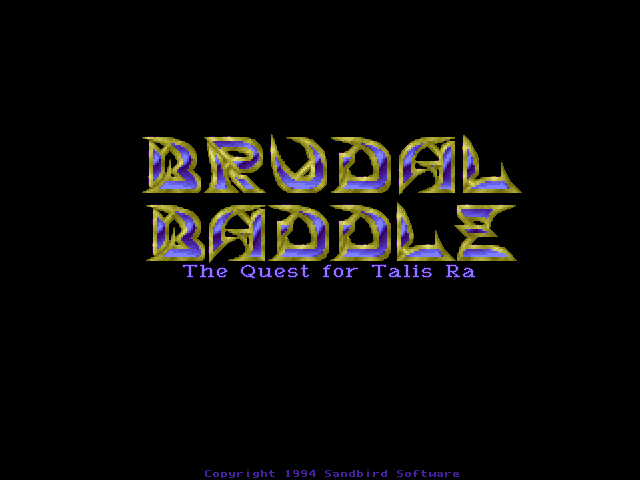 Action game released by Sandbird Software in the year 1994 by the name Brudal Baddle is an excellent 3rd-person (Other) perspective game that can be played online by clicking on the link here.

Fighting a mid-shareware-origin. The action takes place in the near future, namely in 2023, where a scientist named Dr. Chen creates a machine for time travel. It creates a lot of "mole burrows", but when I try to enter in future meets cyborg talis RA, who kills the scientist and captures a time machine. You can choose one of some "keepers of time" from different eras (apparently) who needs to defeat the villain and return the car, but for some reason, they must first fight each other. In short, the plot is very weak and unnecessary.

Shareware restriction is the number of available characters: in the original version there were only three, after five, in the final full (which is lined) to eight (including talis RA). Fighting a fully two-dimensional, relatively (though not very) complex and the average interestingness: there are different, but not too expressive arenas, all the fighters - the people (female, as it should have), all can jump, fight with hands and feet, there is even some animation of the various body positions while receiving certain beats, but there's no blood, fatalities and, apparently, even the special moves of the characters (though each, after the victory in the duel in some way that visually expresses what you are shown).

The graphics are not bad, although the backgrounds are rather poor in terms of the palette (and any objects they often absent), and the figures blurred. The value of the game to a greater extent collection, but if you just missed the old fighting games may like it.

Do you want to relive your memories and play Brudal Baddle online in your browser? Play it now for free.