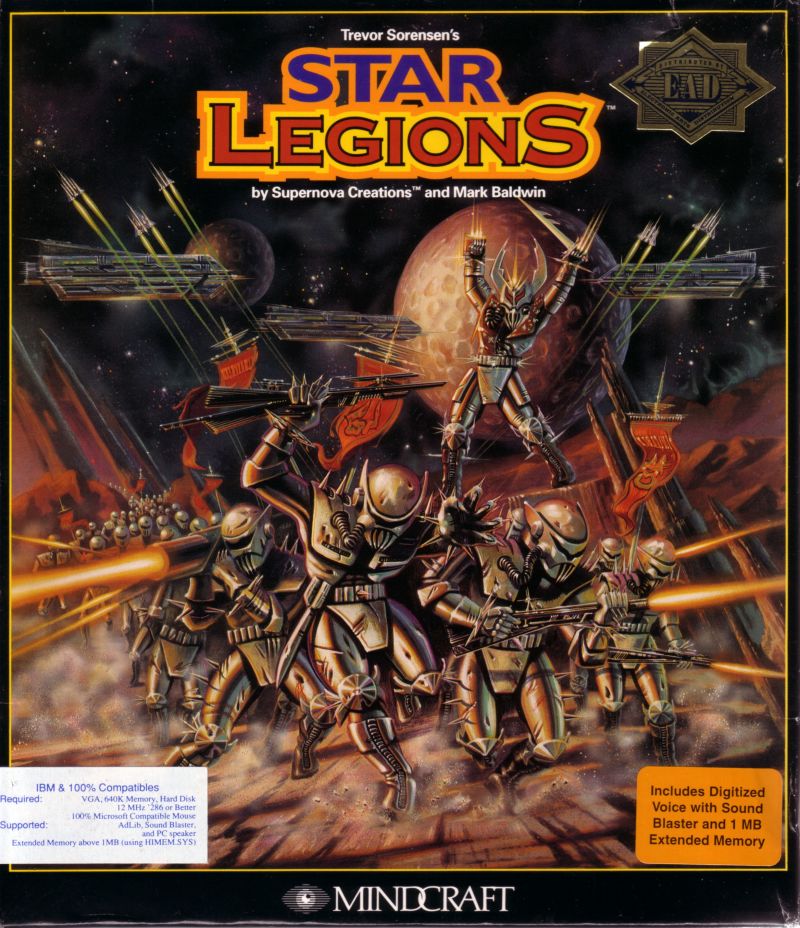 Great news for all the old video game lovers, now you can play the best Strategy/Tactics game, Star Legions launched by Supernova Creations in the year 1992 again. Play it online now.

One of the first space strategy, to which this name is applicable only formally, since most of the action takes place on the surface of planets.

From the plot we only know that we have to lead the forces Kilanski Empire (hence the alternative name of the game) against the United Galactic Alliance, and the exact story of their confrontation, the root causes thereof, and the objectives pursued by the parties, and their ideology remain unknown. And given the fact that the action takes place in a fairly well-designed Star Fleet universe, being a kind of continuation novels Star Fleet and the last game in the series.

Gameplay is turn-based wargame in a futuristic setting – we have to deal almost exclusively with battles, and tactics takes a lot more space in the gameplay than strategy - in fact we lead is not very large groups and must reach a specific local (but nevertheless crucial) goal. For each successfully completed mission, we get different bonuses, the most important of which is the ability to manage large numbers of military forces.

The graphics are, by the way, just unusually good, especially considering the year of release, and the subgenre. As has been said, space we didn't see all the battles take place on a planetary surface. Some exotics from the landscape can not be expected, it is mostly identical to earth's in many games like green and smooth. The main beauty of the graphics displayed in the details – for example, the interface here is surprisingly clear and well-made, or beautifully animated briefings and panels. Especially developers failed portraits greenskins officers crelanu.

To rate this game objectively is difficult – even at the time of release it received very different grades. Someone criticized it for straying from the traditions of Star Fleet universe, someone-on the contrary, believed that for fans it is a wonderful gift. Anyway, this game, in my opinion, even without claims to any "exclusivity" may well be worthy of the attention of lovers of old not very challenging wargame in a unique direction.

Now, play Star Legions online for free on your browser and make your boring weekend fun and full of entertainment.