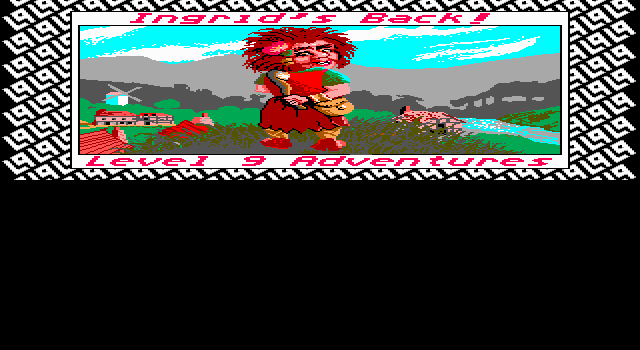 Ingrid's back! Yes, those familiar with the first part, I know that in the end she returned home. A year later, in 1988, she returned to players who are invited this time not to prevent the dwarf ladies forced to help family members with their problems, but to save a city threatened by a very real danger, and to prevent it required the active intervention of someone very annoying. Yes, Ingrid, you're the perfect candidate for this role.

And here is the problem: the new landowner has announced plans to significantly improve the lives of the people through the reorganization of land. Yes, a couple of villages will have to eliminate, but is lazy dwarves will understand what to what? Yes, political satire has reached here. But Ingrid's not so easy to deceive lengthy promises - she takes matters into her own hands and decides to go to collect signatures of local residents in order for the project to be cancelled. To their apathetic and selfish neighbors will not be easy. And, as will become clear later, it is useless: have to act more aggressively and to start a whole spy game, so that without assistants can not do again.

Have you ever wondered what kind of video games were played in the good old days? Try playing Gnome Ranger II: Ingrid’s Back! online now and we are sure you will not stop playing again.