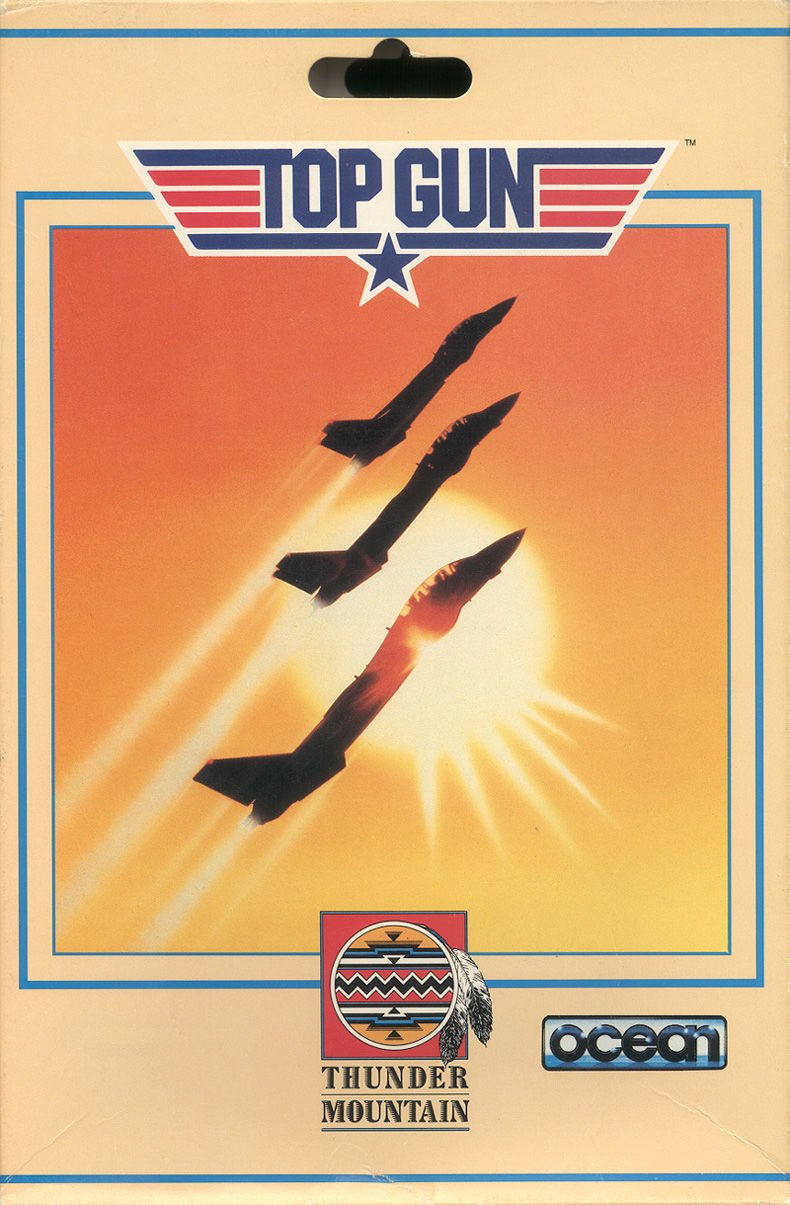 A Action game, Top Gun was released in 1987 by the famous developed Ocean Software Ltd.. It is a DOS game and is perfect for all video game lovers.

"Dueling" simulator aircraft, the F-14 in the surroundings of the iconic movie "top gun" (Top Gun) with Tom cruise in the lead role. Although to be honest – that movie game is not in any way connected.

"Dueling" means that there are only two aircraft (one of which we play), fighting among themselves. You can play together on one computer or against the computer. Each player has three lives. Task – missiles to shoot down a foreign plane. However, to use missiles only in that time (within three seconds) when an enemy aircraft fell under the scope. Also has side guns that can overheat from intense use. Finally, the game has the concept of speed and height – that is, we can accelerate (slow down) and climb (down), the enemy can do the same.

Unfortunately, in graphic terms, the DOS version looks, to put it mildly, not very, so it would be playable except for the very bearded hardcore, because sometimes even hard to understand what is happening on the screen. In my opinion, now Top Gun is a very "Museum" exhibit.