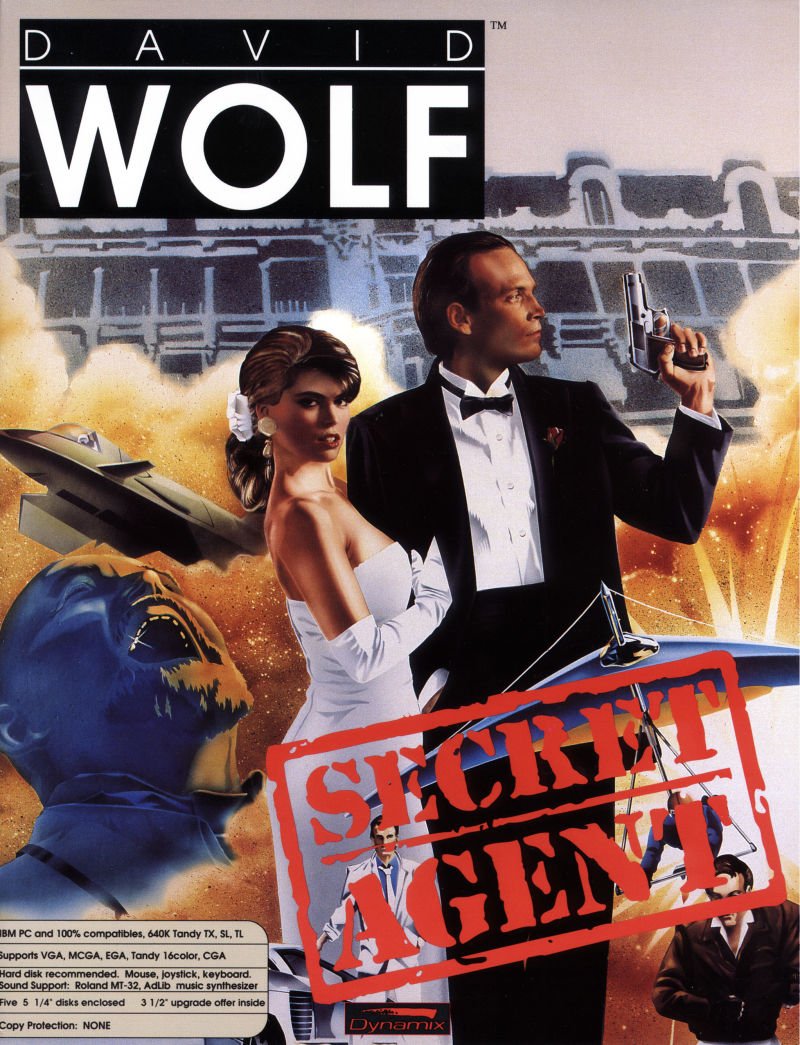 Do you want to relive your good old memories? Play David Wolf: Secret Agent again, it’s a perfect DOS game launched in 1989 and a must-play for all video game lovers.

One of the first "pseudomedicine" about the adventures of a nobody known "rival" of James bond – David wolf.

The plot is this: there is a hefty fat man-mobster named Bruno Vasto, who somehow stole an experimental plane and now wants to use it to destroy Washington. He must prevent at any cost, and to do so may, of course, only super-agent David wolf.

But it's all standard. Technical performance of the game much more interesting – at that time it was unique: digitized people in the "cutscenes", three-dimensional animation (though somewhat strange) in the game. Of course, this "interactive movie" can someone seem naive, but for those times it was a technological breakthrough (say that a few computer times the game could allow it to run normally).

Gameplay can not praise – it includes as many as four types of "entertainment": hang-gliding with a gun, driving with a gun directly shooting with a very nice view from the third person (but feel somewhat strange) and the weird descent on the parachute, during which time we have no weapons, have to act with your hands (and turns out to be the case and danger are in this position). Game abounds in the plot of the internal rollers, the action is punctuated by them constantly. It's usually like this: watch a movie (sometimes it takes a few minutes), then turn on some of the game modes we play, and usually not very long: often you just have to perform some specific actions (and more specifically – to survive and defeat enemies, because they are almost always when we get control), then watch video again...

On the chart has already been said enough. However, it should be noted that, for all its virtues, such a schedule is not like everyone: even though it is a cartoon, but some "not so" cartoon, to which we are accustomed. And, very sadly (and, I hope, subjective), to play this game somehow not very interesting. Like all good – but not happy. Fans of early videocustom view is still necessary, all the rest too, at least historical interest: it is the first game of this kind.

Enjoy playing David Wolf: Secret Agent online, it can be played on your browser and is free.