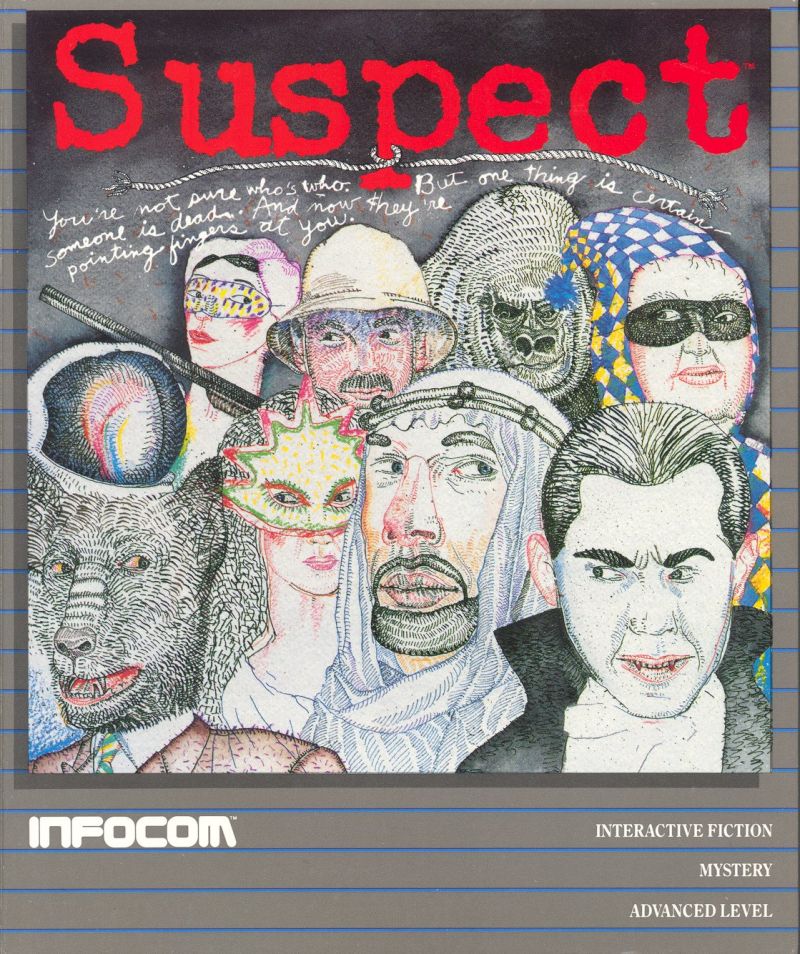 Infocom, Inc. developed a DOS game in the year 1984 called Suspect. In the video game ranking, this game ruled the charts for a very long time. You can now play it again online by clicking here.

Fully text adventure game from Infocom - a battlefield game, but with an unusual protagonist. To play for the reporter who went to have fun at a costume party. As required by the laws of the genre, during the festival, a murder, and the main suspicion falls just on the protagonist. Good mood the past quickly disappears as he suddenly has to investigate the case, simultaneously speaking with the detective and his assistant and at the same time fearing the machinations of the real killer, who is also here somewhere and will do everything possible to thwart the course of justice...

The main feature of the gameplay is free movement of NPC in the rooms of a huge house where the murder occurred, - namely, there will be the effect; this means that certain people can (and need) to talk only at a particular time. Player expects a good syntax entered from the keyboard commands and comprehensive texts in great detail describing the locations, but even a year out (!) Suspect was criticized for too much difficulty: prompts in the game is almost there, but to prevent a fatal error very easily almost at the beginning; to have a similar thing without passing hardly possible in principle. The verdict, therefore, is not required - this is the absolute classic of the genre, but only for the true connoisseurs.

Play your favorite childhood game Suspect online in your browser for free here.