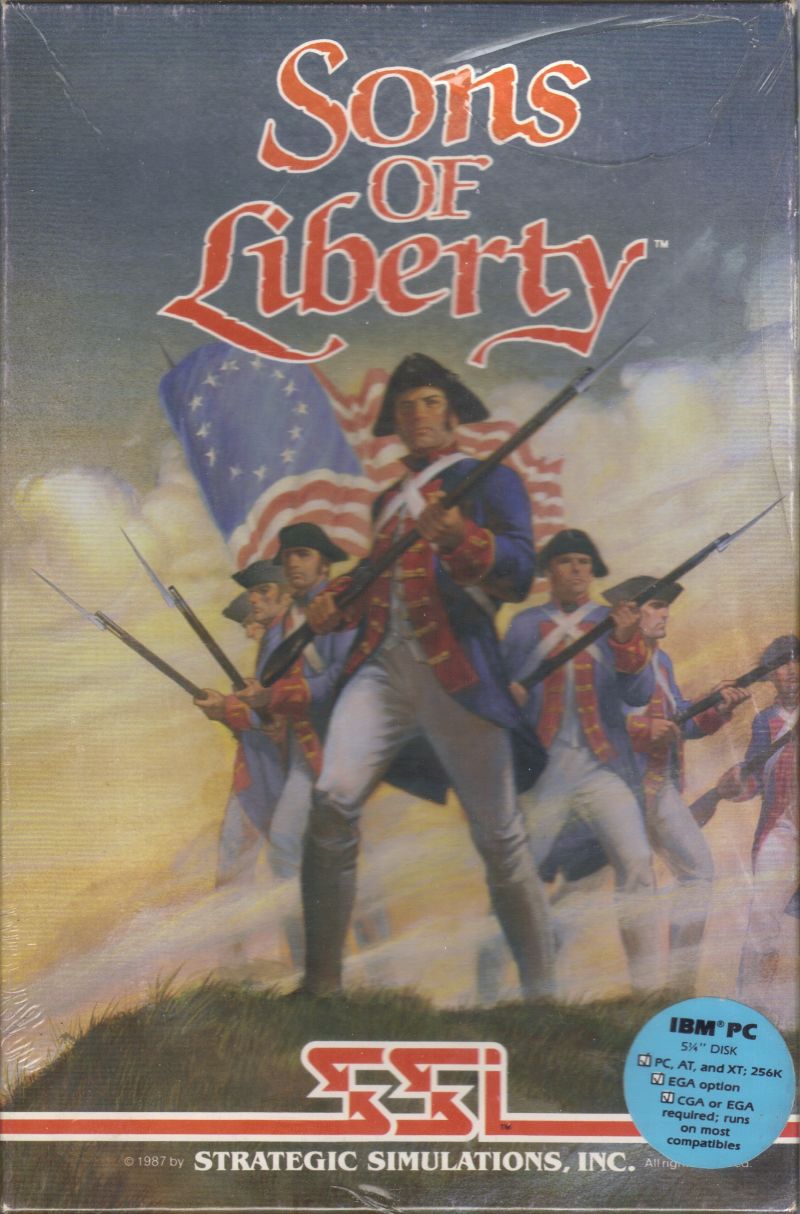 With many different features and various levels, Sons of Liberty released in 1988 hit the right chords right from the beginning. Play this excellent Strategy/Tactics game and online now.

Ancient wargame dedicated to the War of independence, the U.S. 1776-1783 years. Presents three of the most major battles of the conflict: Bunker Hill, battle of Monmouth and battle of Saratoga.

You can play the Americans and the British. Before the game you can choose one of three difficulty levels, and assign troops receiving reinforcements in men and ammunition (in what quantity it will be supplied and whether).

Battles of different complexity: from Bunker Hill is the easy part, Monmouth is influence of weather conditions on the course of the battle and Saratoga, each party must use very special tactics to win.

Graphics – it's here!.. What's more – there's even animation units! But, as I say, VERY peculiar. The game is only for the true connoisseurs of the subgenre.

Tired of your same old routine, want to add some entertainment and fun element in hour life? Play one of the best videogame Sons of Liberty online now and change your boring oold routine for good.