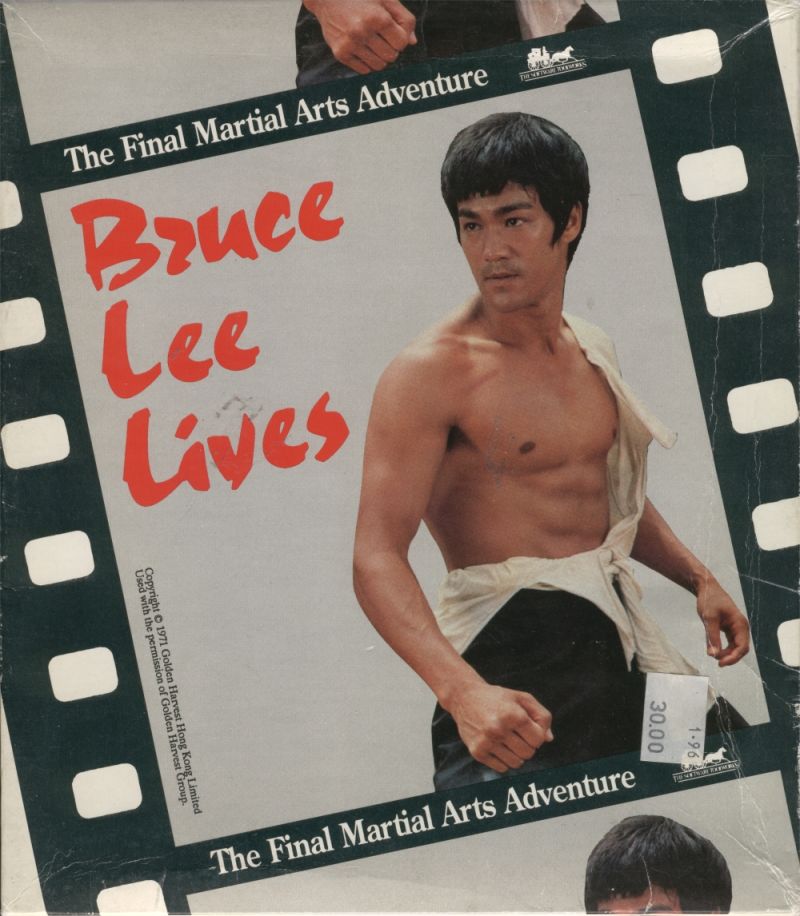 The second and last game about the legendary Bruce Lee for PC, this time much more serious first part, and released only for DOS platform.

Here, there is no dungeons with wizards, collecting bonuses and fighting with almost fantastic opponents, although the game is still not devoted to the biography of the great actor, just done in the spirit of his films. The task of the hero – to defeat the Wizard and his gang, in which there are men of various schools and styles, which, of course, only Bruce Lee (if I am not mistaken, at most there was an idea to make a movie like this, but to put it into practice he did not).

What was really interesting – so this is an attempt of the developers to create a very "realistic" fighting game. This is partly succeeded. First, the number of receptions here are truly diverse. Secondly, and more importantly, each of your new enemy is very different indeed from the rest of his fighting style. So each will have to find a special approach, and those bumps, what worked with one will be absolutely useless against another. However, a possible drawback for some players is really very high difficulty of this game.

Graphics are incredibly improved in comparison with the first part and now only pleasing to the eye: clear backgrounds, the animation blows even the shadows from the characters – and they are. In my opinion it is significantly better and more interesting "normal" Bruce Lee and can be safely recommended to all lovers of really difficult and time-consuming exploration and development of the beat-em-UPS.