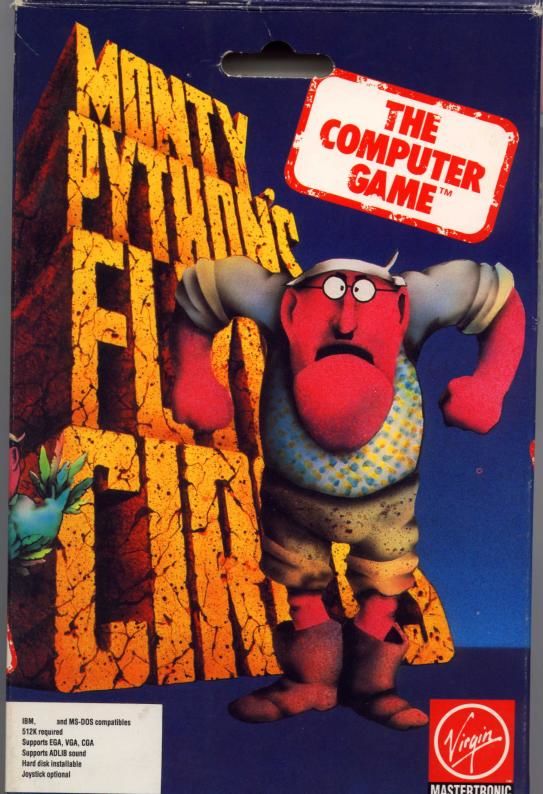 In the year 1991, Monty Python's Flying Circus was launched by Core Design Ltd., a top-notch Action game with an amazing and engaging Arcade gameplay. Click here to play it online.

A fun arcade game in the entourage of the British comedian group "Monty of Python". Driving Mr. Gambia, we are to do absolutely incredible things – for example, throwing fish at flying hostile feet and hands, and it is even less of what it could be (then there will be a transformation into a fish, and a variant of arkanoid, and even boss fights)... Ultimate goal of the game, by the way - to return parts of your own brain (!), who decided our hero to leave...

Actually, to describe this game is a thankless task. It is too unique because it combines, on the one hand, a particular humorous style of the famous comedians, on the other – is made entirely in the spirit of his time, when the fun of the game and was generally in Vogue. In the end, this tandem appeared, if not a masterpiece, then at least a more than decent game. However, not that understanding, and even simply necessary for the game, in my opinion, a special psychological attitude.

The graphics are very nice – it's nice that this time the DOS version, in General, almost equal even a version for Amiga in its beauty. So we have a really unusual, totally crazy (and without the quotes!) and very entertaining arcade game, which none of the fans of the genre (and fans of "Monty Python" - even more so!) in no case should not miss.

PS Yes, do not be surprised: the lower your score during games – even... better! Here is such British humour.